The crisis rocking Otta-Ikosi in the Ikosi/Ejinrin Local Government Development Council Area (LCDA) of Lagos state has worsened, as indigenes and leaders of the community are divided over the installation of Prince Elias Omoloro Ijelu as the monarch of the community.

Newzandar News gathered that Ijelu was presented a staff of office by the Lagos state government on July 1, 2021 as the Olota of Otta-Ikosi. 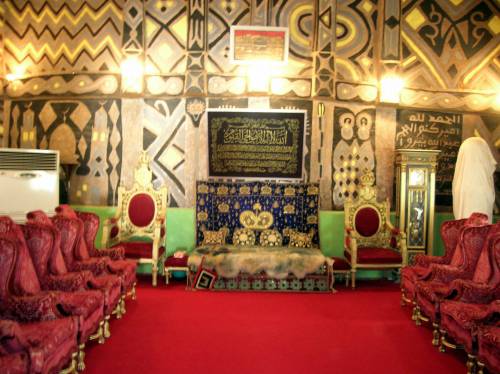 The crisis has split the community, as some indigenes rejected the new monarch, while others supported him, it was learnt.

Speaking with Newzandar News, the Olayide Royal Family through its Secretary, Alhaji Moshood Balogun said the installation of Ijelu at a time a suit was pending in court over the royal tussle, negated the rule of law.

He described such as an ‘absolute illegality’ and ‘direct assault on judicial process’.

Balogun accused the government of acting like a mafia in the handling of the kingship tussle.

He said, “It’s so sad that the installation took place despite a pending suit before Justice Ajibola Lawal-Akapo of the Lagos High Court. The suit, marked IKD/2/2014, was filed by Pa Rasaki Oseni (head of the family) and six others against the Commissioner for Local Government and Chieftancy Affairs and nine others.

“The main issue for determination amongst other issues is which Ruling House should produce the candidate for the Olota of Otta-Ikosi Town. The trial had commenced in the suit already.

“More worrisome is the fact the court had on the 30th March, 2015 ordered all parties to maintain the status quo pending the determination of the suit. Despite that, the Lagos State Government through the Office of the Commissioner for Local Government and Chieftaincy Affairs, still went ahead to install Prince Elias Omoloro Ijelu, the seventh defendant in the suit as the Olota of Otta-Ikosi.

“The family, through our lawyer Mr Ahmed Adetola-Kazeem, wrote to the governor, Babajide Sanwo-Olu on May 5, 2021, urging him not to approve the installation of Prince Ijelu or any other person as the Olota of Otta-Ikosi pending the determination of the suit.

“We informed the governor that the parties, including the Attorney General and Commissioner for Justice, had filed their statement of defence, while trial had also commenced.”
Balogun described the state government’s action in installing Prince Ijelu as “very provocative and antithetical to the democratic principles it swore to uphold.”

“We are hopeful the government will retrace its steps and undo this very disgraceful and contemptuous act which is capable of leading to a breakdown of law and order in our community.”