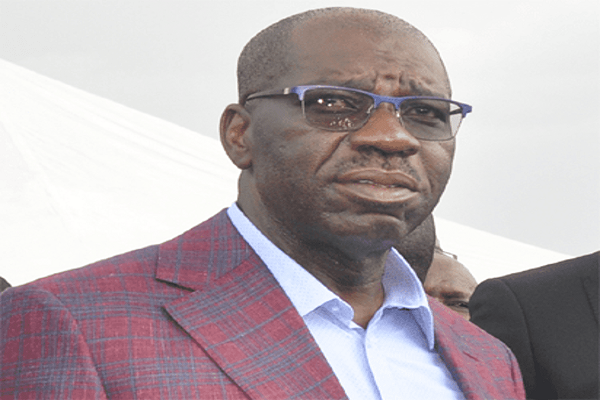 Special Adviser to the Edo State Governor on Media and Communication Strategy, Mr. Crusoe Osagie, has dismissed reports that the Edo State chapter of All Progressives Congress (APC) had in a meeting in Abuja chosen a consensus candidate to fly the party’s flag in the forthcoming gubernatorial election in the state.

In a statement, Osagie said the responsibility for selecting the gubernatorial candidate for the party resides with the Edo State chapter of the APC while liaising with relevant national structure of the party, and as such a consensus candidate to flag the party’s flag in the election cannot emerge in Abuja.

According to him, “The Edo State chapter of the APC, which is responsible for deploying the inner workings of the party towards the emergence of a candidate of the APC in the forthcoming gubernatorial election, resides and operates in Edo State, not Abuja.”

He said the charade in Abuja was not surprising as it was hatched and actuated by Comrade Adams Oshiomhole and members of his Edo Peoples Movement (EPM), a dissident group of politicians in the state.

“It is, therefore, hilarious to hear that a so-called consensus candidate for the party in Edo State governorship election was selected in Abuja. For us, this is a joke taken too far and clearly shows that Comrade Adams Oshiomhole once again has set the APC on a journey to perdition in Edo State as he did in Zamfara, Bayelsa, Rivers, Taraba and several other states.”

He noted that under Oshiomhole, APC did not lose elections due to unpopularity but as a result of the lawless conduct choreographed by Oshiomhole, which has placed the APC in dire straits one time too many.

“The last time we checked, the timetable released by Oshiomhole’s National Working Committee (NWC) fixed Edo Primary election for 22nd of June, 2022 and it is expected to hold in Edo State, but we now hear that they have conducted the primary election three weeks before the set date in a jurisdiction far away from Edo State, making a mockery of our great party, the APC, President Muhammadu Buhari, the presidency and all other institutions and esteemed individuals associated with our party.

“Our conclusion on this matter is that like all other illegal actions taken by Oshiomhole, this too is a nullity and shall come to no-effect,” he noted.