The police have rescued an eleven-year-old boy along with one other who was kidnapped in Adamawa State.

The police also killed one of the kidnappers during a hot crossfire, the police disclosed. 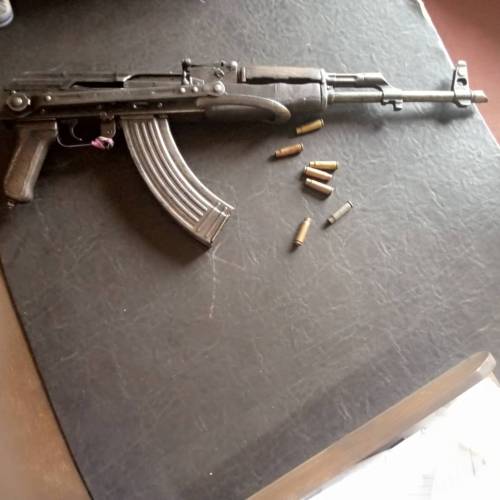 A spokesperson for the police in the state DSP Suleiman Nguroge told Newzandar News that the one Musa Male, eleven years old and Salihu Umar were kidnapped.

Nguroge said heavily armed hoodlums, numbering six, were said to have stormed Kasuwan Ladi village, in the Toungo Local Government Area of the state at about midnight on Thursday and kidnapped the two.

However, the police gave them a hot chase where they engaged them in a gunbattle leading to the death of one of the kidnappers. The police also recovered an AK47 rifle from them.

Nguroge said, “The Adamawa State Police Command, on 12/06/2021, received report from one Alhaji Ahmadu Tambaya, Chairman Pulaku Association, Toungo local government, that on 10/6/2021, between the hours of 11 to 12 pm, armed men numbering six (6) invaded the house of one Ibrahim Buba, situated along with Kasuwan Ladi village, Toungo, and fired sporadically.

“The Commissioner of Police, Aliyu Adamu Alhaji, immediately, deployed the Command’s machinery and augment the strength of the operatives attached to Toungo Division and Hunters of Pulaku Association and directed them to go after the Kidnappers.

“The rescue team, while engaging the kidnappers in a gun duel, rescue team luckily neutralized one out of the sixth Kidnappers and rescued the two victims unharmed. However, the remaining Kidnappers escaped with bullet wounds.

“The CP commended the DPO Toungo and members of Pulaku Association for their resilience and directs them to sustain the tempo and go after the fleeing suspects.

“The Command, while reassuring on its a commitment to protecting lives and property of the citizens, calls on members of the public to continue furnishing/reporting to police any suspicious character around their neighbourhood timeously especially anyone seen with bullet wounds.”