No fewer than 18 Nigerian government revenue generating agencies have been caught in over N54 billion embezzlement scandal of the revenue which was meant to have been paid into the coffers of the Federal Government.

Newzandar News obtained the full list of the agencies under whose watch the N54 billion revenue was stolen, despite the anti-corruption war being waged by the President Muhammadu Buhari which has refused to clean the mess among its own top officials. 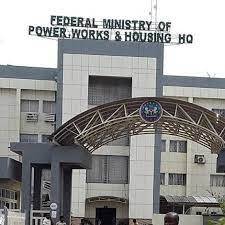 Checks by Newzandar News into the report showed the agencies were accused of “Failures in remittances of revenue by Ministries, Departments and Agencies (MDAS) totalling N54,690,055,215.58.”

The report further reads, “During our audit for the year 2018, we observed that 18 Revenue Generating Agencies failed in their statutory obligations of remitting revenue generated to the Consolidated Revenue Fund of the Federal Government.

“We also observed that 17 MDAs failed to either deduct or remit deductions by way of Value Added Tax (VAT), Withholding Tax (WHT), PAYE, Stamp Duties and other similar statutory deductions to the relevant agencies, thereby depriving the government of the much-needed fund to pursue its agenda.