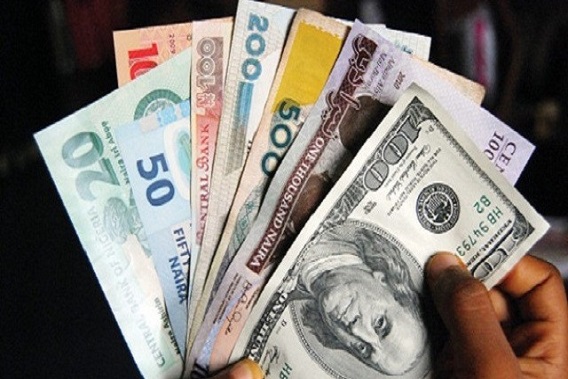 Economic and financial experts have urged the Federal Government to continue to add more items to the exclusion list for foreign exchange to reduce dollar demand and support the Naira.

They urged the government to adopt 2017 strategy in which the then Acting president, Yemi Osinbajo, directed the Central Bank of Nigeria (CBN) to sustain forex intervention, thereby boosting the liquidity in the economy by opening another forex window different from the official rate window.

In 2017, the naira depreciated against the dollar following global economic down-turn as it went to exchange way over N520 to $1.

There was a scarcity of dollars then, which is needed by importers. The scarcity triggered sharp depreciation of the naira with the exchange rate rising to N520 per dollar in February 2017, while the gap between the official exchange rate and the parallel market rate rose to 70 percent.

Osinbajo then asked the CBN to inject millions of dollars into the market to help stabilise the naira on the forex market. The result was that the naira appreciated in value and was trading at slightly above N360 to $1 at the parallel market afterwards.

A remarkable step taken by the CBN then was the introduction of the Investors and Exporters (I&E) forex window that allowed investors and exporters to purchase and sell foreign exchange at the prevailing market rate.

Osinbajo as Acting President ordered the CBN to introduce the I&E window. Prior to this on April 2017, the market was bedevilled with acute shortage of supply of forex due to apathy of foreign investors who exited the financial markets in droves in the wake of the sharp decline in the external reserve caused by sharp decline in crude oil prices between starting from July 2014.

The naira went to exchange way over N520 to $1. But, when Osinbajo became acting President, Nigerians saw the dollar crashing to exchange at less than N455 to $1. But this was as a result of the Central Bank of Nigeria’s intervention in forex.’’

How to wage a successful COVID-19 war, by experts

There is anxiety as the community transmission of Covid-19 stares Nigeria in the face. How can the government stem the tide? President Muhammadu Buhari has been applauded for the way he has transparently conducted the [Read more…]