The Students’ Union President of Adekunle Ajasin University, Oluwasegun Obagunwa (SUPREME) and his Senate President, Abiola Amodu (EJA NLA) have been accused of diverting relief materials worth millions of naira meant for students of the institution affected by fire outbreak.

The Nigerian government through the National Emergency Management Agency (NEMA) had in January 2021 approved the distribution of relief materials to persons affected by fire outbreak in Iwaro Oka and Akungba Akoko, both in the Akoko South West Local Government Area. 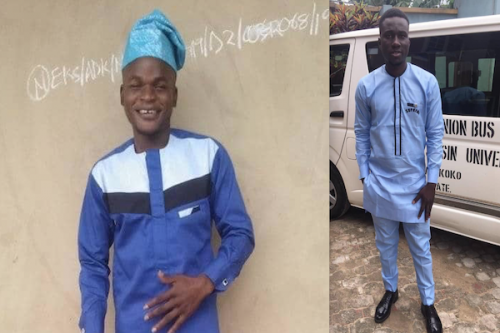 Newzandar News gathered that 50 bags of 12.5kg rice, 50 bags of 12.5kg garri, 50 mattresses, 50 blankets and 300 yards of Ankara textile were handed over to Obagunwa and Amodu on February 11 for distribution to affected students.

But four months after, it was learnt the students’ leaders have yet to share the items.

A source told Newzandar News that some of items kept in the institution’s Works Department had been secretly taken away by Obagunwa and Amodu.

The source asked the AAUA management to immediately commence a thorough investigation into the allegation as it is considered to be a crime against humanity.

He described the act as satanic, wicked and height of corruption perpetrated by students’ leaders that were supposed to defend their colleagues.

“Hon. Ade Adeogun facilitated the National Emergency Management Agency (NEMA) to distribute relief materials to students and people who have suffered from disasters in one way or the other. But our President and Senate President have refused to share these items to student since February 11. 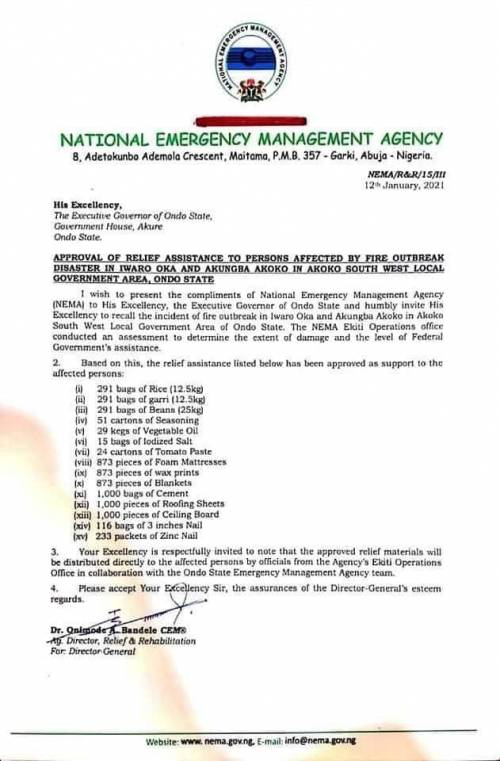 “They’ve taken some away and planning to take the rest. It was initially kept in Works Department but we don’t know its whereabouts anymore. We heard the Dean, Student Affairs is involved but don’t know how true it is,” the source told Newzandar News.