Four of the over 100 residents of Obigbo area in Rivers State who were raided by the Nigerian Army and detained at its Commando Base in Suleja, Niger State, have been reported dead.

Newzandar News learnt that the victims, who were residents and youths labelled as Indigenous People of Biafra members, were arrested by Nigerian Army between November and December 2020, and later found to be in a base in Niger State. 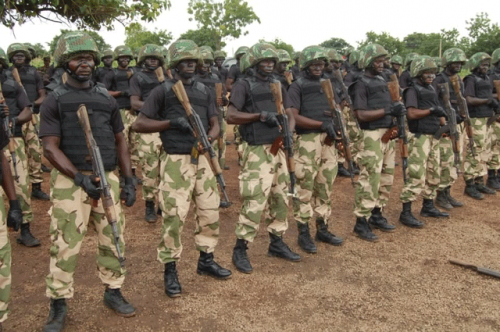 It is not clear yet whether they were sick or tortured to death; died of starvation or lack of medical care.

According to a civil group, International Society for Civil Liberties and the Rule of Law, the families and lawyers of most of the victims had “not been allowed to see them till date, and neither have they been charged to court nor given fair trial and fair hearing.”

Newzandar News had asked to meet with the families of the four deceased detainees, but efforts are on to locate their family members.

“Four of them have died. The 112 are mostly Igbo civilian citizens of Obigbo residency; they have for almost nine months remained in the Nigerian Army’s Alpha Military Commando Base located along Bida-Suleja Road, Bida in Niger State. They have also been held secretly without administrative or court bail,” a top official of a civil group, International Society for Civil Liberties and Rule of Law, revealed to Newzandar News.

Newzandar News had on Tuesday published the names of about 112 residents of Obigbo area in Rivers State who were raided by the Nigerian Army and detained at its Commando Base in Suleja.
Intersociety had said in its report sent to Newzandar News, “Following the discovery of some secret locations where the abductees were taken to and held, in addition to public and media outcries and efforts of Barrister Richard Okoroafor, Intersociety and leadership of the Indigenous People of Biafra, 283 were judicially rescued and over 270 have remained in secret custody of the Nigerian Army.

“Another 26 of them were secretly transferred by soldiers to DSS detention facilities in Abuja. It must also be remembered that it was in the course of locating the whereabouts of the 112 Obigbo civilian abductees that Barr Richard Okoroafor, an International Human Rights Lawyer, narrowly escaped being assassinated on February 25, 2021, by killer operatives suspected to be working for the government along the Suleja-Abuja Highway.

“The lawyer’s mother was also on May 19 assassinated by suspected hired gunmen at the entrance of her residence in Ekiti State.”

Newzandar News had on February 23 reported that about 50 women allegedly raided by the Nigerian Army during the crisis in Obigbo, Rivers State, last October, were forced to wear the same set of underwear for four months in military detention.

The Intersociety had also stated at that time that there were fears that some of the ladies, who were recently freed after a prolonged legal intervention, could have infections such as sexually transmitted diseases as some of them claimed to have been serially raped.