Governor of Katsina State, Aminu Masari has called out President Muhammadu Buhari for attributing the security challenges in the country to the failure of states and local governments.

Last Friday, in an interview with Arise TV, Buhari stated that governors and local government chairmen were also voted into office to provide basic necessities to their electorates. 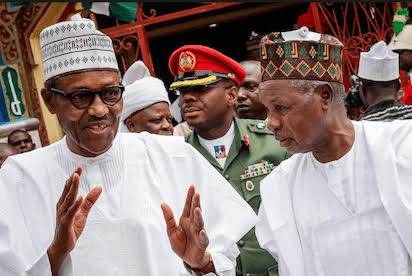 Buhari further ordered that Governors tackle the insecurity challenges experienced in their states and stop running to Aso Rock every time.

He was quoted as saying, “…Two governors from the southwest came to tell me that the cattle rearers in some of the forests there have killed the farmers while the cattle were eating up their crops. But I told them, you campaigned to be elected and you were elected. So, I said go back and sort yourselves. This is because there has been a system as all of us could recall, even in local governments when there was security in each local government.

“It consists of the traditional rulers who have been there for years. So they knew all the crooks in their localities. Then the police, and those who come, whether they were cattle rearers and traders. They meet either monthly or quarterly. So I told those governors to go back and go to the old system so that they will have intelligence; they will know what is going on.

“They can’t just win an election and sit tight and think somebody will do their jobs for them. I just sent them back.”

In reaction to this, Masari in an interview with newsmen said it was wrong for the President to blame states and local governments, Newzandar News reports.

Masari said, “It is the responsibility of the Federal Government to ensure the protection of lives and property of citizens in all nooks and cranny of the country.

“In the Constitution of the Federal Republic of Nigeria, the issue of security is under the Exclusive List so it is the responsibility of the Federal Government and states can only complement and this is what we have always done and are still doing.

“Based on provisions of the Constitution, the blame should go to the Federal Government for the general state of insecurity in Nigeria.”