Inter Allies and Asante Kotoko served up a match to remember as they shared five goals with the Porcupine Warriors prevailing 3-2 Monday afternoon.

It was an open battle in the final fixture of match-day 29 of the 2020/21 Ghana Premier League at Dawu Park.

Inter Allies came from behind twice but eventually succumbed to Kotoko who kept the pace with title rivals Hearts of Oak.

It took coach Mariano Barreto’s side 27 minutes to get themselves in front.

Left-back Patrick Asmah sent a cross into the far end that was met with the head by Evans Adomako across the face of goal before captain Emmanuel Gyamfi swiftly stabbed the ball into the back of the net. 1-0. 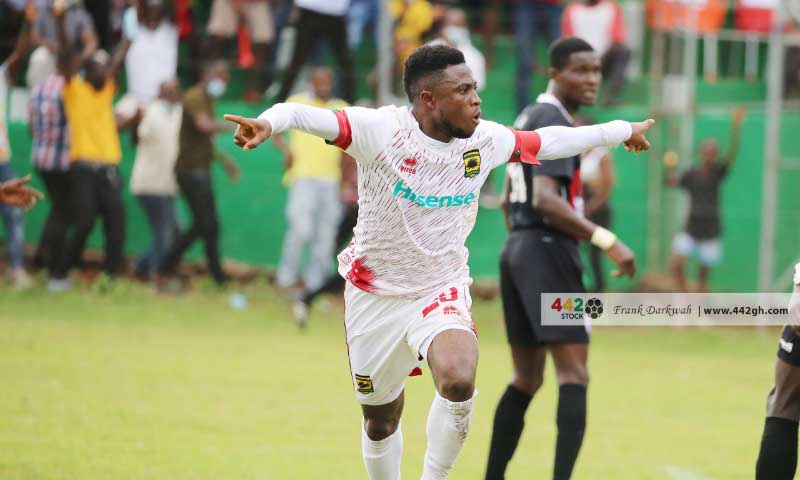 The bottom-placed club pegged back in the 39th minute through a simple close-range finish by Alex Aso, after a great work down the left by Nafiu Sulemana who skid past his markers with pace to set up his teammate for the equalizer.

But title-chasing Kotoko would get back in the lead just two minutes later. This time, skipper Gyamfi turned the provider for Evans Adomako to register his debut goal for the Porcupines.

It was 2-1 for visiting Kotoko at halftime.

Inter Allies seized control of the game in the second half as they chased the equalizer once more and they got it through the head of lanky striker Andy Okpe in the 64th minute. 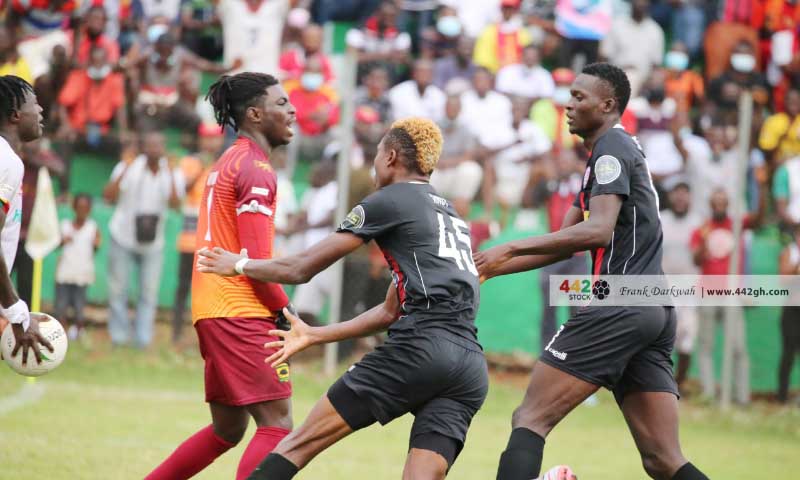 The Nigerian was quicker to react to a corner kick as he outjumped Kotoko centre-back Andrews Appau to head home and put the scores at 2-2.

Losing the lead twice, Kotoko were under more pressure as the momentum swung the way of Allies who tormented their guests but failed to bury their chances.

Unfortunately for the ‘Eleven Is To One’, they went down 3-2 through the header of Andrews Appau in the 71st minute. Making amends for the earlier goal conceded, the defender perfectly met a free-kick from the left by Brazilian Fabio Gama to give Kotoko what would stand as the eventual match-winning goal.

Asante Kotoko managed to survive a late charge from Inter Allies and now move level on points – 53 – with leaders and arch-rivals Hearts of Oak after 29 matches.