A Nigerian Army Seageant, Rotimi Adegunle has allegedly died during a gun battle with armed bandits in Katsina state. 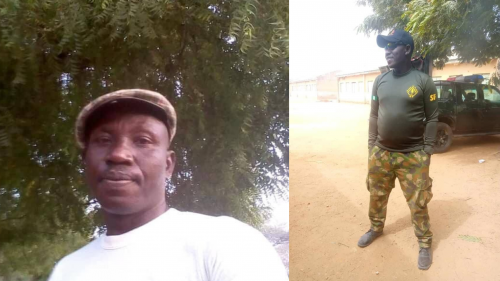 “Sgt.Rotimi Adegunle, A friend, class mate and a son of 192 BN NA. Died in active service at Katsina in the hands of Bandits, leaving a wife and three kids alone at this time. Your dead (sic) is so painful to me, but R.I.P my colleague,” he wrote. 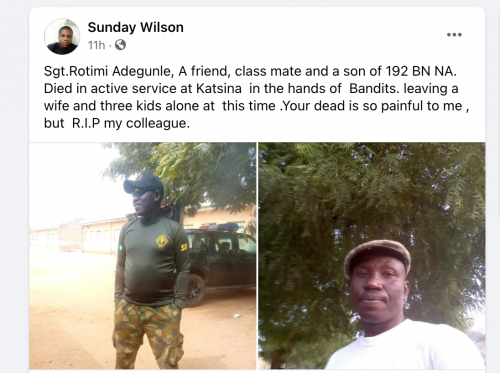 Responding to one of the comments on the post, Wilson added, “Mandu Mercy Ikpe Mbakara, you know him, he was one of our students in Iyewa High school, 92 Class, a Prefect and Brilliant student.

“Rotimi my mate in Iyewa of Sgt quarters, The father came together with Idaya’s father and Chief Clark (Yemi’s father ) to 192bn.”

Katsina, despite being the home state of President Muhammadu Buhari, has witnessed sporadic attacks by bandits and kidnappers that have claimed the lives of many.

Over 700 people have been reportedly killed by the gunmen in Jibia, Kankara, Dutsinma, Musawa, Danmusa and Safana local government areas of the state in the last five months.