The United Nations Children’s Fund has lamented that no fewer than 950 pupils have been abducted from their schools by gunmen in the last six months.

The United Nations (UN) agency on Wednesday stated this, while expressing concern about the attacks and abduction of children in some parts of West and Central Africa. 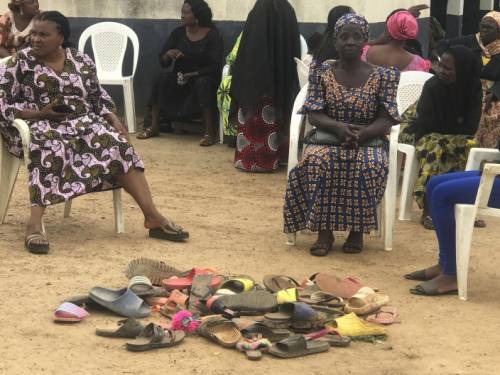 Its concern was contained in a statement issued yesterday in New York, United States (US).

The UNICEF urged stakeholders in the education sector to unite at reducing children’s vulnerability and increasing their resilience to keep pupils safe from harm.

On Monday’s abduction of more than 100 pupils from Bethel Baptist High School in Kaduna, the statement reads, “On July 5, 150 students were reportedly abducted from a school in Nigeria’s Kaduna State, marking the latest incident in an alarming spate of attacks against children and abductions, including of students, in parts of West and Central Africa.

“We are deeply concerned that as in years past, non-state armed groups and parties to conflict in Burkina Faso, Cameroon, the Central African Republic, the Democratic Republic of the Congo (DRC), Niger and Nigeria will ramp up these violent activities over the coming weeks ahead of the rainy season when their movements could be restricted by flooding.

“Meanwhile in Nigeria, the UN estimates that at least 950 students have been abducted from their schools by armed men since December.

“Over the past six weeks alone, nearly 500 children were abducted in four separate incidents across the central and northwest parts of the country.

“Many of these children have not yet been returned. It is hard to fathom the pain and fear that their families and loved ones are suffering in their absence.”

On how to curb the trend, the UNICEF said, “It is not enough to condemn these crimes, not when millions of children face a worsening protection crisis. Children living in these areas need concerted action to ensure that they can safely live; go to school or fetch water without fear of being attacked or taken from their families.

“This starts with non-state armed groups and all parties to conflict who are committing violations of children’s rights – they have a moral and legal obligation to immediately cease attacks against civilians, and to respect and protect civilians and civilian objects during any military operations.

“They should also not impede but facilitate the efforts of UNICEF and other humanitarian actors on the ground working to reach vulnerable children.”