The Governor of Ondo State, Rotimi Akeredolu, on Friday extolled late Prophet Temitope Balogun Joshua also known as TB Joshua listing some of the projects the cleric executed in the state.

The governor, who spoke during the internment service of TB Joshua at the Synagogue Church of All Nation

(SCOAN) in Lagos State said Joshua helped the state government to restore electricity to some parts of the state. 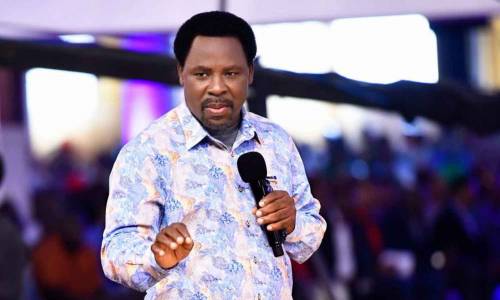 He recounted how the late founder of the Synagogue Church of All Nation, paid electricity bills and bought transformers for four local governments in the state, Daily Post reports.

The governor said: “When the Northern senatorial district of our state was in darkness, he came to our aide.

TB Joshua died a few weeks ago after he conducted a church service.

Despite the controversies trailing his death as regards the source of his power, many have admired the philanthropic abilities of the cleric.