Human rights lawyer, Femi Falana (SAN) has commended the members of the Lagos State House of Assembly for making a law that prevents the police from parading criminal suspects before journalists.

This commendation followed the amendment of the Criminal Justice Law of Lagos which also states that policemen are only allowed to arrest a suspect without warrant when such has been said to be unlawfully in possession of dangerous weapons. 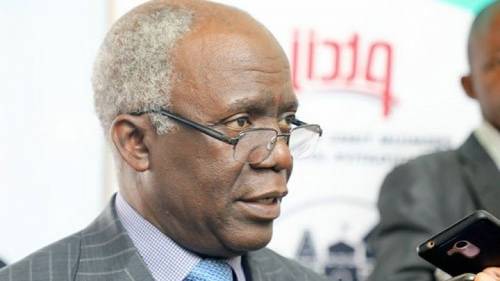 Falana praised the Lagos lawmakers in a statement he signed as the Interim Chair of Alliance on Surviving COVID-19 and Beyond (ASCAB), dated 6th July, 2021.

In the statement titled, ‘Kudos to Lagos State House of Assembly for outlawing Parade of Criminal Suspects’, the senior lawyer said, “The practice of parading suspects is illegal as it constitutes a gross violation of the fundamental right of criminal suspects to presumption of innocence guaranteed by section 36 of the Constitution and article 7 of the African Charter on Human and Peoples Rights (Ratification and Enforcement) Act (Cap A9, Laws of the Federation of Nigeria, 2004.”

A copy of the statement was made available to Newzandar News on Wednesday.

The statement reads: “The members of the Lagos State House of Assembly have unanimously passed an amended version of the Criminal Justice Law of the state barring the police from henceforth parading suspects before the media.

“Section 9(A) of the newly passed bill states: ‘As from the commencement of this law, the police shall refrain from parading any suspect before the media.

“The bill also stipulates conditions under which a policeman can arrest without warrant, one of which is that a person must be reasonably suspected to unlawfully be in possession of firearms or other such dangerous instruments.

“A subsection of the bill also barred the police or any other agency from arresting a person ‘in lieu of any other person in a criminal matter’. The bill adds that a person who is arrested ‘shall be given reasonable facilities for obtaining legal advice, bail or making arrangements for defence or release.’

“A suspect should also be ‘accorded humane treatment, with the right to dignity of person; not subjected to any form of torture, cruel, inhumane or degrading treatment; be brought before the court as prescribed by this law or any other written law; or be released conditionally or unconditionally’.

“The practice of parading suspects is illegal as it constitutes a gross violation of the fundamental right of criminal suspects to presumption of innocence guaranteed by section 36 of the Constitution and article 7 of the African Charter on Human and Peoples Rights (Ratification and Enforcement) Act (Cap A9, Laws of the Federation of Nigeria, 2004.

“It is equally discriminatory as only lowly placed criminal suspects are exposed to media parade by the police and other law enforcement agencies. For instance, while poor suspects are paraded for allegedly stealing tubers of yam or telephone handsets valued at N10,000 or less, politically exposed persons accused of looting the public treasury to the tune of N10 billion or more are never paraded before the media.

“Even though the incriminating statements procured from criminal suspects during media parade are not admissible during trial in criminal courts, they are used by law enforcement agencies to compel members of the public to participate in mob justice.”

Falana also stated that the legislation was commendable for addressing irregularities in the judicial system as he cited cases in the past.

“They are also used to blackmail judges to convict criminal suspects, with or without evidence adduced by the prosecution.

“But for the culture of impunity which permeates the entire society the illegal policy would have been stopped as the Court of Justice of the Economic Community of West African States and Nigerian courts have repeatedly condemned the media parade of criminal suspects by the police and other law enforcement agencies. It is indisputable that the Bill is in line with the terms of the judgments of regional and municipal courts in the following judicial authorities:

“1. In Ndukwem Chiziri Nice v. AG, Federation & Anor. (2007) CHR 218 at 232, Banjoko J. (as she then was)
held that ‘The act of parading him (the suspect) before the press as evidenced by the Exhibits annexed to the affidavit was uncalled for and a callous disregard for his person. He was shown up to the public the next day of his arrest even without any investigation conducted in the matter.

“He was already prejudged by the police who are incompetent, so to have such function, it is the duty of the court to pass a verdict of guilt and this constitutes a clear breach of section 36 (4) and (5) of the Constitution of the Federal Republic of Nigeria, 1999 on the doctrine of fair hearing.’

“2. In Dyot Bayi & 14 Ors. V. Federal Republic of Nigeria (2004-2009) CCJLER 245 at 265 the Community Court of Justice, ECOWAS Court condemned the media trial of the Applicants when it held that: ‘The Court is of the opinion that for the fact that the Defendants presented the Applicants before the press when no judge or court has found them guilty, certainly constitute a violation of the principle of presumption of innocence such as provided in Article 7(b) of the same African Charter and not a violation in the sense of Article 5 of the said Charter.’

“The Court proceeded to award damages of US$42,750.00 to each of the 10 Applicants and the sum of US$10,000.00 as costs payable by the Federal Government for the illegal actions of the naval personnel who carried out the illegal parade of the applicants.”