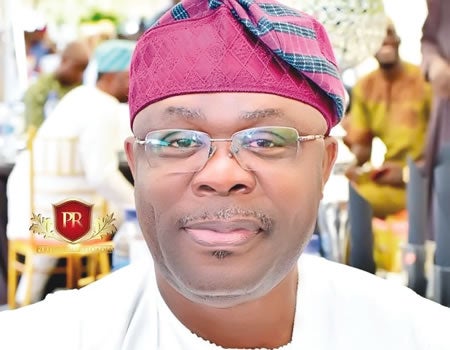 The aspirant said he entered the race to win, boasting of his pedigree, loyalty and service to the opposition party.

Olafeso, a former Information commissioner, is the Southwest leader of the party. He was accompanied to the PDP national secretariat, Abuja by some chieftains, including Dr. Kunle Akindele and Pastor Bunmi Jenyo, the zonal secretary.

His major rival at the primary is a legal luminary and former Attorney-General and Commissioner for Justice, Eyitayo Jegede (SAN).

While Olafeso is from the South Senatorial District, Jegede, the standard-bearer in 2016, hails from Akure, Central District.

However, speculations are rife that the All Progressives Congress (APC) chieftain and Deputy Governor, Agboola Ajayi, may defect to the opposition party to vie for the ticket.

The party is yet to decide on zoning as a likely factor that will shape the primary.

Exuding confidence, Olafeso said he declared his ambition to run because he wanted to serve the state and make a change.

He said: “I am in the race to win. I have the experience. I have the commitment. I have served the state before. I want to continue to serve and make a genuine change in the state.”