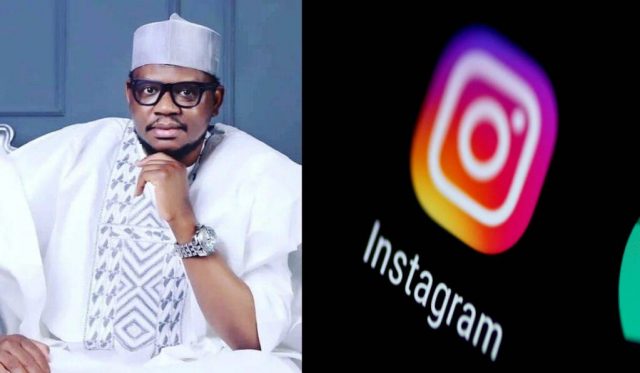 This occurred shortly after Google deleted his Crowwe app from the Google Play Store.

Nigerians had taken to google play store to drop horrible reviews on the instant messaging app, which imitates Twitter.

They also reported that Crowwe’s Terms and Conditions were plagiarised word for word from another app, Spotify.

Google in a response to the reports, yanked the Crowwe app from play store.

“Google removes from the Play Store, applications that are perceived to have violated its policy.

“Once your app is removed, the published version of your app won’t be available on Google Play until a compliant update is submitted,” the app store policy said.

However, Newzandar News noticed that Instagram had now deleted Mr Garba’s IG account from the popular image and video sharing app, with his page displaying ‘the user not found.’

Also, he has received a public backlash regarding his Crowwe app accused of disingenuity.

Reacting, Mr Garba who spoke with newsmen on Wednesday morning said that Instagram took down his account because some users reported him.

“It was reported by some users and was disabled by Instagram,” he said.