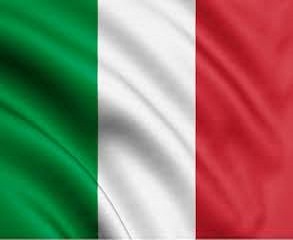 An official report on Monday in Italy showed a rise in the number of deaths in the country in 2020 by nearly 40 per cent compared to recent years, linking it to coronavirus.

The agency noted that it there means no excess mortality of 25,000 for the time period, even though there were only 13,710 fatalities officially linked to coronavirus.

“The rest could either be undiagnosed COVID-19 cases or people with other conditions who were not treated properly while the health system was overwhelmed by the epidemic,“it said.

The agency noted that more than 90 per cent of the excess mortality was concentrated in municipalities with high virus infection rates, mostly in the North of the country.

In March alone, the number of deaths compared to the 2015-2019 average jumped by 568 per cent in Bergamo province, 391 per cent in Cremona province, and 370 per cent in Lodi province.

The Istat study, conducted with the National Health Institute, was based on data from 6,866 Italian municipalities, about 87 per cent of the total.

The covered period went from the detection of Italy’s first locally transmitted case, in the Northern Town of Codogno, until when the country’s infection curve started to flatten.

Coronavirus: Cases rise by more than 10,000 in Russia

Kindly Share This Story: The number of new Coronavirus cases in Russia rose by 10,559 over the past 24 hours, bringing the nationwide tally to 165,929, the Coronavirus crisis response centre said on Wednesday. It [Read more…]

Kindly Share This Story: DR Congo on Monday reiterated its accusation that Rwandan rebels in the east of the country killed 12 rangers and five others at the world-famous Virunga national park. Fighters from the [Read more…]

Kindly Share This Story: More than 10 times as many people in Germany have likely been infected with the Coronavirus than the number of confirmed cases, researchers from the University of Bonn have concluded from [Read more…]