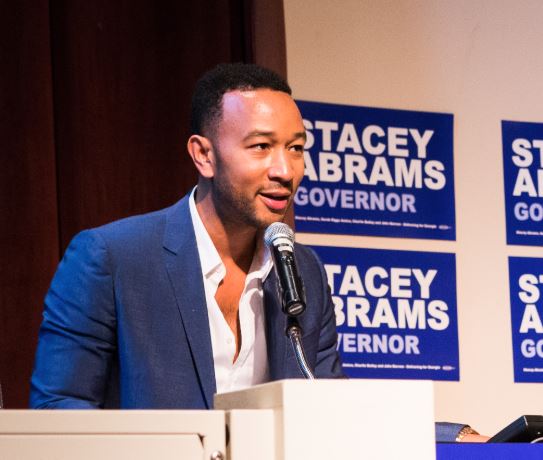 He spoke while asnwering a question about his thoughts on Trump’s agenda and violent rhetoric, such as his suggestion that COVID-19 patients might inject their lungs with disinfectant.

Replying the latest issue of  British GQ Hype, the 41 year-old singer said, “It’s so ridiculous. It’s almost like you can’t believe it’s real that we elected this idiot to be the President of the United States. The things that he says are just so ridiculously dumb and so ridiculously selfish and narcissistic at the same time.

“He says a bunch of ridiculous happy-talk home remedies that people should not be doing and he thinks he’s brilliant because he has a relative who is a doctor. And then you combine that with the fact that he doesn’t listen to scientists and makes every decision on how it will benefit him personally.

Also in Newzandar News: Nigeria will do anything for ventilators –Trump

“He’s also a very short-term thinker, so he doesn’t think much about how to handle big, complex problems that require planning and long-term vision. He’s the exact opposite of what we need right now.

Legend thinks the pandemic will last much longer in America because of the president’s “incompetence” and lack of long-term thinking.

“It couldn’t be a worse person to be in charge right now than him and that’s what America is stuck with and that’s why we have the highest death rate in the world from this disease and I don’t believe we’re going to be out of the woods for a while, because of his incompetence, his selfishness, his short-sightedness and his inability to coordinate a real national response,” he said.

The singer also said that he and his family have “adjusted” to lockdown measures quite well and are lucky to be in a privileged position.

“I feel like we’ve adjusted pretty well. We’re fortunate, of course. We have the resources to deal with everything we need to deal with in a pretty painless way.

“We have our family unit and we love our kids and love hanging out with them. And they especially love being home with us 24/7. We’re making the best of a wild situation.”