Abubakar Garba Alhassan, the head teacher of the Salihu Tanko Islamiyyan School, Tegina in Rafi Local Government Area of Nigeria, has said the majority of those donating to secure the release of the over 100 students of the school abducted by gunmen are Christians.

On May 30, gunmen stormed the police station in the town and went around shooting sporadically into the air to scare residents before breaking into the private school where they abducted over 100 children attending Islamic lectures. 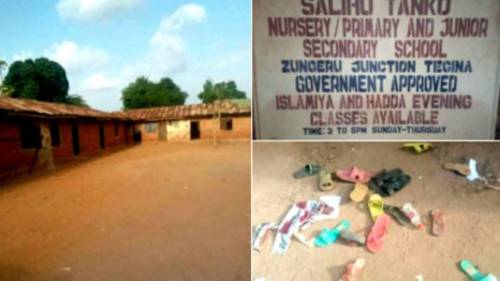 The school, which comprises nursery and primary arms, also hosts Islamiyya students in the evening and at weekends.

Speaking with Newzandar News on Tuesday, Alhassan decried neglect on the part of the state government to secure the release of the abducted students.

The head teacher said the abductors are adamant about collecting N150 million ransom before the students can be released from captivity.

He said: “The abductors are not saying anything for now. We have done what we can do but the ransom price they gave us is too high, there’s no way we can pay that. They’re asking for a ransom of N150 million, how can we possibly pay that? Where can we get such money?

“We started raising some amount, people are donating, people from Lagos, Anambra, Imo, Kano, they are sending in their donations, not even indigenes, people we don’t know. Despite the fact that those affected are students of Islamic school, the major donors towards their release are Christians. Those are the major concerned citizens.

“We don’t know them, they just have our account number and send in money for that purpose. That’s what has happened at the moment.

“What we know is that the students are with them, they haven’t released the students to us. The abductors have insisted on N150 million which I don’t think we can get.”