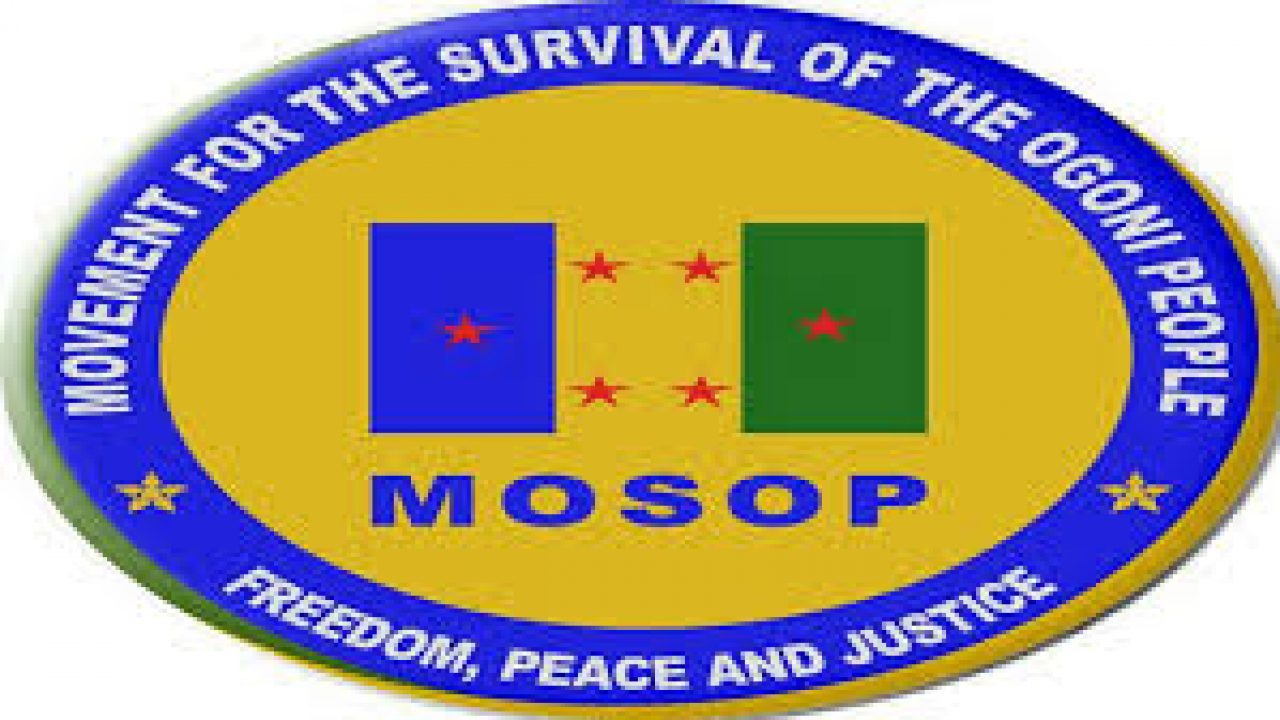 Twenty-six years after the gruesome killing of 13 prominent Ogoni leaders, including Dr. Ken Saro-Wiwa by late Gen. Sani Abacha military junta of Nigeria, the people of the ethnic Kingdom have reiterated the call on the Federal Government to vindicate the dead of allegations and grant them justice.

The people who spoke via a statement by the Movement for the Survival of Ogoni People (MOSOP), their Socio-cultural organization to mark the remembrance of the murder of the first four of the 13 martyrs killed on May 21, 1994 expressed worry over the continued denial of justice to the heroes who were allegedly killed and appealed to President Muhammadu Buhari-led Government to give justice to the souls of the deceased.

The document signed on behalf of the group by the MOSOP National Transition Committee Chairman, Chf. Keeper Gbaranor, the people noted that the pain of lossing the heroes of their land to such level of heinous murder is as fresh today as it was when it happened 26 years ago and vowed never to give up on the reason for which they were killed.

He called on the Federal Government to clear the innocent of the dark coal smeared on their names in order to find a “justified” reason to exterminate them.

MOSOP said, “As we recall the ondemnable murder of four Ogoni leaders and compatriots, Chief Edward Kobani, Chief Albert Baddey, Chief Samuel Orange and Elder Theophilus Orange, by agents of Nigerian Government on May 21, 1994, at Giokoo, in Gokana Local Government Area, Ogoni, the Movement for the Survival of the Ogoni People, MOSOP, is worried over the continued denial of justice for the prominent Ogoni sons and other heroes of our struggle, who were killed by the the Nigerian State.

“This year’s commemoration marks 26 years after the murder of four (4) of the Ogoni 13, and the people of Ogoni are still in pains as they have not really come to terms with the reason for their murder through the conspiracy and collaboration between the oil Multinational, Shell, and the government.

“MOSOP will continue to hold Shell and their agents in governments, some of whom are still at the corridor of power, even in this current dispensation, responsible for the death of these prominent leaders and a generation of Ogoni patriotic sons. “It is most disheartening the height of injustice and oppression that this caliber of persons and more lives will be wiped away in a quest for the unhindered exploitation of the natural resources of a people.

“We use this opportunity to assure that the struggle in which they lost their lives will not be reneged on or compromised, and also reiterate our call on the Nigerian government to demonstrably address the globally acknowledged injustices committed against the people of Ogoni and by extension, the Niger Delta peoples.”

They maintained that the issue of implementing the 2006 United Nation Environmental Pollution (UNEP), report of Ogoniland is non-negotiable, stressing that all the conditions recommended in the document must be met as a way forward in the area.

“The land must be thoroughly cleaned, the peoples livelihoods restored, the area developed and made safe for habitation and the people allowed to control use of their God given resources.” they insisted.

They sympathized with the immediate families of their four heroes, and urged them to continue to support the struggle as the expressed the believe that the cause for which their fathers, husband’s and bread winners diedl would not be in vain.

The group noted that a major gains of the Oputa Panel was the reconciliation of the families of the Ogoni 4 and the Ogoni 9 which harmonized the two trenches of unjust murders, resulting in what is today known as Ogoni 13.

“This was supposed to usher in a period of reconciliation amongst the larger Ogoni community and beyond.

“We therefore call on the Ogoni people to use this period to rededicate their efforts to the cause of unity and reconciliation amongst our communities. We appeal to our people to remain steadfast and commit themselves more to the activities in our struggle for justice, as success only comes when people speak in one voice and stand united.

“We pray for the repose of the souls of our beloved compatriots and leaders and reassure that we would hold high the flag till justice is achieved and perpetrators brought to book.”they said.

Ogoni is one of the oil-rich ethnicities Rivers state of the Niger Delta region.

The frontline leaders were killed in 1994 for agitating for the right to the people of the region, including them to control the natural resource deposit in their land for the development of their communities and region at large.