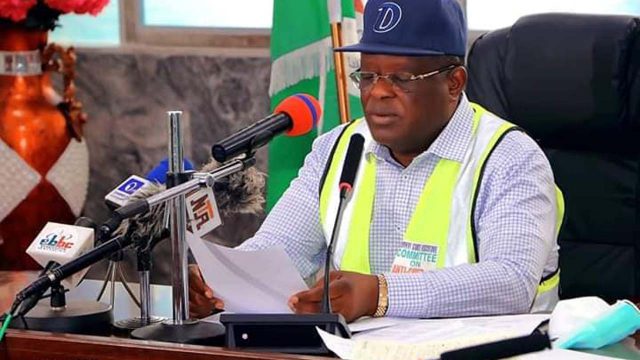 Ebonyi State Governor, Dave Umahi, says his people have no land to give out for cattle ranching.
Governor Umahi stated this on Monday evening while appearing as a guest on Channels Television’s ‘Politics Today’.

Umahi said each state in the South-East already has laws banning open grazing and as such, it is way off as he is a servant to his people.

“This is not about the governors, it is about the people, so, whatever position the people take in this regard, that is what will happen. There is no land in this regard that is not owned by individuals, corporate bodies.

“So, this is beyond governors and that is the truth. People calling governors are making a very grievous mistake. Even if I say as a governor in South-East, I want people from this village, I want you to donate this land, the question is: will they allow it?

Remember We Are One — Nigerian Army Says as They Begs Boko Haram, Iswap Terrorists for Reconciliation

“I have heard about three communal crisis in my state, and it is all about land. There is a place that I am building a medical university and the people of that village, for a project that is almost completed, went and brought it down.

They prefer to have their farms than a medical college. So, the land is a different ball game altogether,” Umahi stated when asked whether he would provide land for ranching as a governor.