Socio-Economic Rights And Accountability Project (SERAP) has asked members of the House of Representatives to reject a bill by President Muhammadu Buhari and Minister of Information and Culture, Lai Mohammed, seeking to amend the National Broadcasting Commission Act.

SERAP, in a post on its Twitter handle on Wednesday, threatened to challenge the bill in court if it is passed into law. 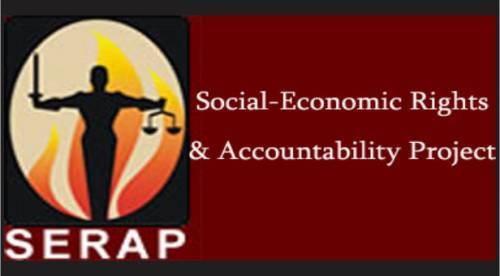 The tweet read, “We urge members of the House of Representatives to reject the unlawful bill by Mr Lai Mohammed and the Buhari administration, which seeks to amend the NBC Act to control online broadcasting.

”We’ll challenge this illegality in court if the bill is ever passed into law.”
The President Muhammadu Buhari-led Nigerian government has asked the House of Representatives to enact a law to regulate social and online media in Nigeria.

Minister of Information and Culture, Mohammed had asked the federal lawmakers to amend the National Broadcasting Commission (NBC) Act to empower the Commission to regulate social and online media.

The minister pushed for this at a public hearing organised by the lawmakers on Wednesday through its House Committee on Information, National Orientation, Ethics, and Values.

An earlier report by Newzandar News noted that the bill, if passed into law, could award media organisations, personnel and workers who violate sections of the amended National Broadcasting Commission Act, one-year jail term, in addition to other punishments.

Newzandar News obtained the Bill for the amendment of the NBC Act CAP N11, Laws of the Federation of Nigeria 2010, which spelt out that the NBC now has powers to enforce jail terms on violators in addition to fines for breaching any of its provisions.

The bill which is going for public reading is an “Act for the Amendment of the National Broadcasting Commission Act, CAP N11, Laws of the Federation of Nigeria 2010 to strengthen the commission and make it more effective for the commission to regulate broadcasting in Nigeria and for related matters.”

“Receive, process and consider the applications for the establishment, ownership and operation of radio, television stations including; …online news; regulating and controlling the broadcasting industry; regulate digital-based broadcasting such as online news and digital terrestrial television etc.”

Checks by Newzandar News into the bill showed that another section stated that “any person who acts in breach of the subsection 1 of this section commits an offence and is liable on conviction to; one, a fine not less than the fee for the relevant licence; two, imprisonment for a term not exceeding one year; three, both fine and imprisonment and four; forfeiture to the commission of the property, facilities, installations and equipment used for the provision and operation of the unlicensed service.”