Veteran writer, Chimamanda Adichie has debunked claims that she is transphobic as alleged in some quarters.

Transphobia, according to the Merriam Webster Dictionary is the ‘irrational fear of, aversion to, or discrimination against transgender people’. 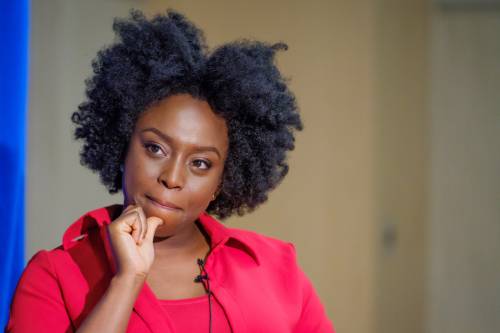 Chimamanda, on Tuesday, wrote a three-part essay on her site chimamanda.com explaining a comment she made on trans women during an interview in 2017.

The write-up was titled, “It Is Obscene: A True Reflection In Three Parts”.

She said, “…Then I gave an interview in March 2017 in which I said that a trans woman is a trans woman, (the larger point of which was to say that we should be able to acknowledge difference while being fully inclusive, that in fact the whole premise of inclusiveness is difference).”

She said this interview had caused a breach in her relationship with a fellow, who had been part of her workshop for young writers.

Chimamanda said she expected that even if the fellow had concerns with what she said during the interview, she could have contacted her (Amanda) for the sake of the relationship they both had.

“…Instead she went on social media to put on a public performance. This woman knows me enough to know that I fully support the rights of trans people and all marginalized people. That I have always been fiercely supportive of difference, in general. And that I am a person who reads and thinks and forms my opinions in a carefully considered way,” she wrote.

She also stated that this person had lied against her, smearing her image in public but she chose to ignore.

Chimamanda further laments the usage of social media by young people in spreading falsehood against others and how fast this goes without some sort of verification.

She also observed how young people on social media have been stripped of the opportunity to learn, grow due to fear of being criticised by some ‘learned’ fellows on social media.

She lamented that young people nowadays have been done away with their humanity, lacking in compassion, but still find a way to defend their actions.

She noted, ”There are many social-media-savvy people who are choking on sanctimony and lacking in compassion, who can fluidly pontificate on Twitter about kindness but are unable to actually show kindness.

”People whose social media lives are case studies in emotional aridity. People for whom friendship, and its expectations of loyalty and compassion and support, no longer matter. People who claim to love literature – the messy stories of our humanity – but are also monomaniacally obsessed with whatever is the prevailing ideological orthodoxy. People who demand that you denounce your friends for flimsy reasons in order to remain a member of the chosen puritan class.

”People who ask you to ‘educate’ yourself while not having actually read any books themselves, while not being able to intelligently defend their own ideological positions, because by ‘educate,’ they actually mean ‘parrot what I say, flatten all nuance, wish away complexity.’

”People who do not recognize that what they call a sophisticated take is really a simplistic mix of abstraction and orthodoxy – sophistication in this case being a showing-off of how au fait they are on the current version of ideological orthodoxy.

”People who wield the words ‘violence’ and ‘weaponize’ like tarnished pitchforks. People who depend on obfuscation, who have no compassion for anybody genuinely curious or confused. Ask them a question and you are told that the answer is to repeat a mantra. Ask again for clarity and be accused of violence. (How ironic, speaking of violence, that it is one of these two who encouraged Twitter followers to pick up machetes and attack me.)

”And so we have a generation of young people on social media so terrified of having the wrong opinions that they have robbed themselves of the opportunity to think and to learn and to grow.

”I have spoken to young people who tell me they are terrified to tweet anything, that they read and re-read their tweets because they fear they will be attacked by their own. The assumption of good faith is dead. What matters is not goodness but the appearance of goodness. We are no longer human beings. We are now angels jostling to out-angel one another. God help us. It is obscene.”