A Facebook user, Loretta Bankaton Green, says Udoamaka Nwamu, a Nigerian man who shot his wife and mother-in-law to death, also shot the victim’s father in the knee.

Newzandar News had earlier reported how Nwamu attacked Kaliyah Ratliff and his mother-in-law, Nikita Green, at their home in Douglasville, Georgia, United States. 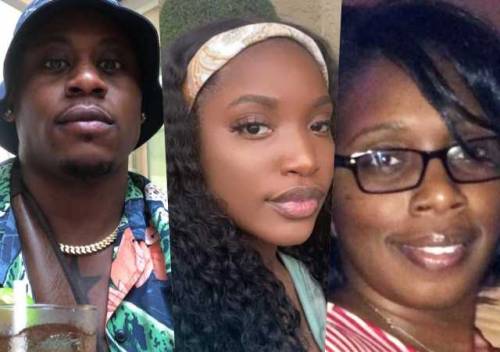 Nwamu, of East Point, Fulton County, reportedly took a handgun to his in-laws’ home in Douglasville on Sunday, where his estranged wife was staying, and fired shots into the front and back of the house on Long Lake Drive.

Green, who identified as a relative to the bereaved family, said the father is currently enduring the pain from the gunshot though the police never mentioned it.

He wrote,” This is my nephew’s wife and daughter. My nephew was hit too in the leg but they didn’t mention it. He is taking one day at a time. Pray for us.”

Another Facebook user, Mary Wilcox said she knew when Kaliyah was born, “Father, please be a fence around the victims; I know this family and remember when the wife was born to please grant her siblings and father constant peace.”

Tammy Reeves, another user, said,” The mother was my high school classmate; she was a beautiful person inside and out. Prayers for the family.”

Nwamu hailed from Asaba, Delta State and he is the son of a former High Chief.

According to the police at Douglas County, Sheriff Tim Pounds, on Tuesday, the gunshots on Sunday resulted in multiple 911 calls and deputies were dispatched to the house. Before they arrived, Nwamu had forced his way inside the home.

Deputies were met with gunfire from the house and were forced to take cover while an emergency response team and hostage negotiator were sent to the scene.

“During the negotiations with Udoamaka, a single gunshot was heard,” Pounds said.

The response team then entered the house and found Nwamu dead from what Pounds described as a self-inflicted gunshot wound.

Police, however, added that the victim, even though married, had not yet assumed Nwamu’s name.