Crowwe, a social media platform, has sought a license from the National Broadcasting Commission as part of the Federal Government’s new initiative to register all social media sites in the country.

The app was initiated by IPI Solutions Limited, a company belonging to the ex-presidential aspirant, Adamu Garba. 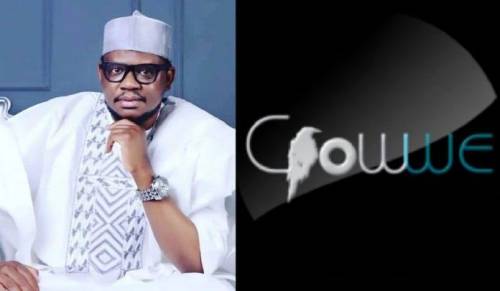 Nigerians have questioned the rationale behind this as the Crowwe app was initially introduced as a social networking app.

Some days ago, the Crowwe app was taken down by Google, but Garba said it will be back in a few days.

“Crowwe now has 31, 245 users with roughly 2, 270 corporate accounts. We sent a letter to the NBC requesting a license in reaction to the Federal Government’s announcement, but we have yet to hear back. We’ll send a second letter if they don’t react by Friday.”

When asked when Crowwe would return to the Google app store, Garba said, “There are some lapses. We chose to take advantage of some opportunities because it consumes a lot of data depending on customer concerns. We’ve made changes. We’ll have it up by Saturday or Sunday.”

Garba’s comment that Crowwe has applied for NBC’s licence has been criticised on social media.

Many Nigerians opined that the move by Crowwe is a major pointer that the app is in support of the government’s regulation of free speech in the country.

Is the app a broadcasting app or a social media app?

He’s so desperate to market that is app no matter what it costs the fundamental rights of the people he wants on the app.

Those of you pitting him should continue https://t.co/GDYijtM6t2

Imagine being told to submit and link your crowwe user ID to your SIM…
God knows this madness will end in this regime.
Only electoral reform can guarantee our continued existence as Nigerians.

On Facebook, Nigerians are also expressing sentiments for Crowwe’s position stating that the NBC licence for social media platforms is undemocratic.

A user, Benny Odhomi said, ”Software Applications (apps) are being developed every day globally. Does it mean that every developer has to submit his app to a regulator in Nigeria before it could be deployed? Moreover, is the www not operating in a borderless spectrum? This government really needs a rude awakening.”

Another user, Okonkwo Anthony wrote, “People are clamouring for freedom of speech and expression, you are here seeking a stupid licence; backward people are keeping people down in this Naija.”

Erondu Nnena said, ”Nigerians may not be honouring letters in such big government parastatal, you may need to send a representative from your company to their office main branch. I think it’s the National Broadcasting Corporation? NBC.

”What are you trying to set up? Radio station, private TV station, or what? Have you registered it with your business name at CAC? Because you may need the documents to register it at NBC. I am just asking.”