The London Graduate School has stated that Nigeria’s ambassador to the World Trade Organisation, Abdulhamid Adamu, who claimed to have bagged a master’s degree in Business Management and Leadership and Doctor of Philosophy, is not known to the school.

The LGS stated in a statement sent to Newzandar News on Saturday that it is the delivery arm of OTHM Qualifications, a UK regulated awarding body www.othm.org.uk “and as such we do not take students directly.” 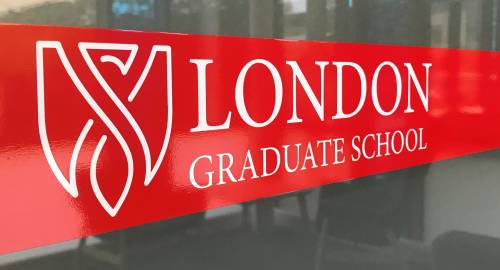 The school said, “We do not have degree awarding powers however we provide Top up Degrees validated and awarded by our partner, University of Chichester as published on the university website https://www.chi.ac.uk/about-us/policies-and-statements/academic-quality-and-standards/independent-providers.”

Newzandar News had reported that” it was also observed that the London Graduate school has two websites, londongs.co.uk and lgsglobal.uk.”

But the school has dismissed the information, saying the two websites are not connected.

“The individual named in the news item is not and has never been a student with us and is not known to us. The two websites you refer to are in no way connected and both organisations have no association with each other whatsoever.

“At no point have we or the University of Chichester been contacted with regards to factual accuracy or for the right of reply,” the school said.

The statement was signed by Patricia Land, the Head of Operations and Academic Standards at the London Graduate School.

Newzandar News on Friday reported that Adamu’s appointment was contained in a letter sent by the Office of the Chief-of-Staff to the President, Ibrahim Gambari, to the Minister of Industry Trade and Investment, Niyi Adebayo.

Until his appointment, Adamu was the Acting Head, Chargé d’ Affaires of Nigeria Trade Office to the WTO, Geneva, Switzerland.

“He holds an Msc. in Economics and International Development from Clermont Ferrand University, France, a master’s degree in Business Management and Leadership from London Graduate School, UK, and a Doctorate of International Relations and Economic Diplomacy from the Commonwealth University, UK.

“He has acquired 28 years of working experience on World Trade matters and Trade Negotiations and was the campaign coordinator of Okonjo-Iweala in Geneva, Switzerland when she was vying for the position of the DG of WTO,” a report by Punch had stated.