The Governing Board of the National Examinations Council (NECO) has approved the appointment of Mr. Ebikibina John Ogborodi as the Acting Registrar/Chief Executive of the Council.

Ogborodi’s appointment followed the death of the Registrar, Professor Godswill Obioma on Monday. 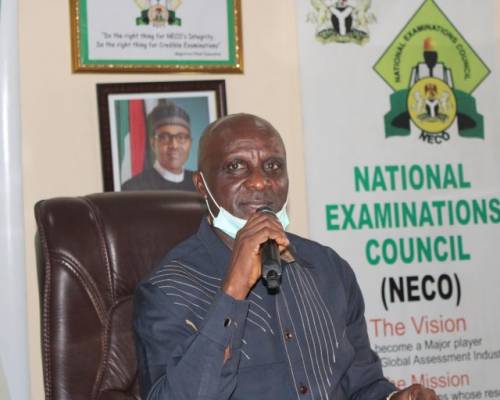 There are conflicting reports about how Obioma died with some reports saying he was killed, while others said he died in his sleep.

Until his appointment, Ogborodi was the Director, Special Duties in the Council.

His appointment was confirmed in a circular issued by the Director, Human Resource Management, Mr. Mustapha K. Abdul.

Abdul explained that the Acting Registrar’s appointment was endorsed by the Governing Board at its emergency meeting held on 2nd June, 2021.