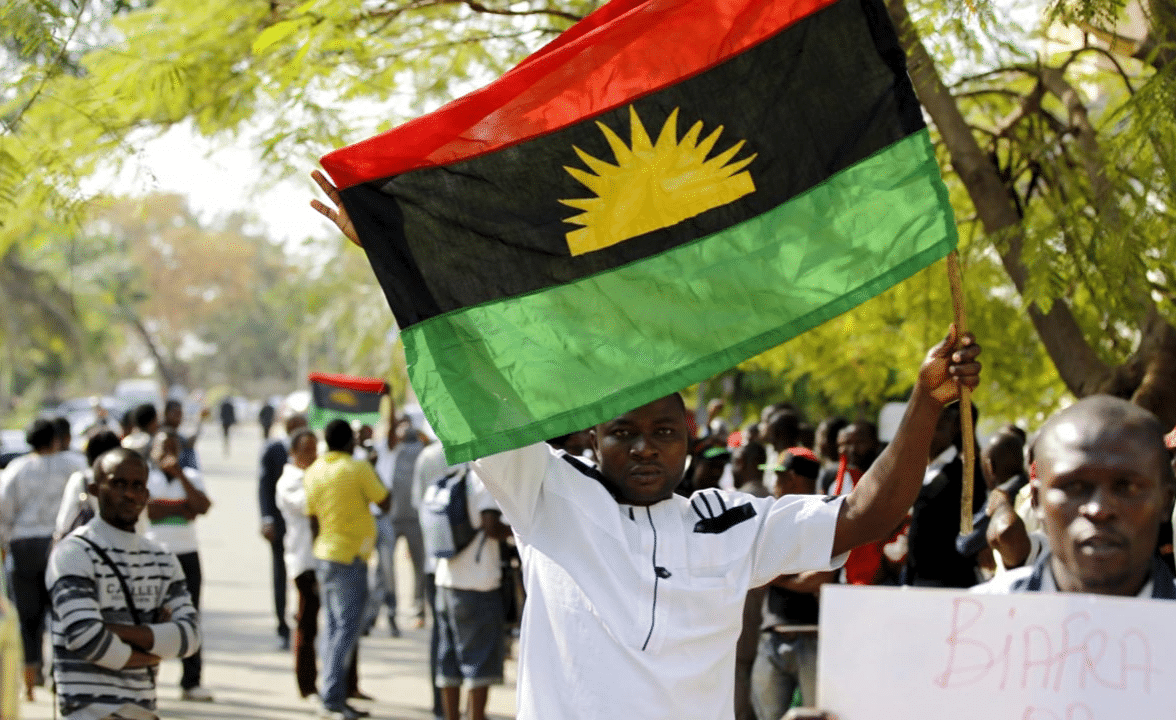 Biafra supporters will stage a demonstration against the arrest of Nnamdi Kanu in Germany.

The protest is scheduled for 10 a.m on July 9 at the British Embassy in Berlin, the country’s capital.

The leader of the Indigenous People of Biafra (IPOB), a separatist movement proscribed in Nigeria, holds a British passport.

The UK government has promised to intervene in Kanu’s arrest, but whether the Nigerian authorities will agree to any negotiation is debatable.

The Biafra agitator is accused of ordering the murder of security operatives and attacks on government establishments.

The theft of registered government rifles, destruction of police and prison formations, as well as the release of detainees and inmates were linked to the ESN.

Kanu’s supporters are praying for him and the legal team “to withstand what is to come” as they face “our enemies in their kangaroo court”.

They are wishing the secessionist “more strength” than he had while in prison back in 2015 until his release on bail in 2017.

Kanu was intercepted in an African country, repatriated on June 27, and re-arraigned on June 29 at the Federal High Court, Abuja.

He is being held by the Department of State Services (DSS) and will return to court on July 26 to face treason charges.