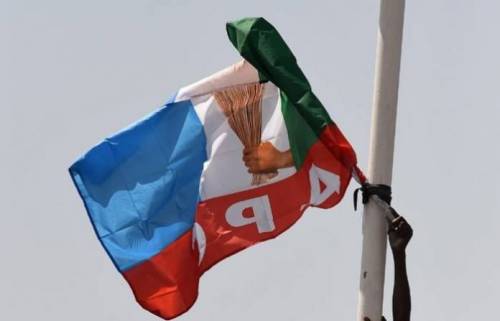 The originating court summons dated July 8 and filed on behalf of Muyiwa by the law firms of Fazaz Segun Daud and Co and Hussein Omikunle and Co was said to have been brought before the court in pursuant to Section 36 of 1999 constitution, Section 87 (9) of Electoral Acts 2010 as amended, Articles 7, 19 and 21 of APC constitution and paragraph 3, 4A (5) and 6 of the APC electoral guidelines 2014 and order 3, rules 8 and 9 of Ogun State High Court.

Osularu, in the affidavit deposed to, claimed to have won the APC councilorship primaries for Ward 5, Iperu Remo held on May 20, 2021 and that his name was allegedly substituted with the name of the first respondent, Muhammed, serving currently as the Vice Chairman, Caretaker Committee of the local government area.

Muyiwa, in the court summons which compelled the three respondents to appear before the court within seven days after being served, is urging the court to determine among other things whether it was lawful açcording to section 87 (9) of the Electoral Acts 2010 as amended and APC constitution and election guidelines for his name to have been substituted with that of Efuwape as the APC councillorship candidate for Ward 5, Iperu Remo in the coming local government poll.

The applicant has equally urged the court to give an order nullifying the name of Efuwape as the APC councillorship candidate for Ward 5, Iperu Remo since his selection was not in tune with section 87 (9) of Electoral Acts 2010 as amended, as well as APC constitution and election guidelines.

Muyiwa, in the same vein, pleaded with the court to order the second respondent, APC to forward his name to the 3rd respondent, OGSIEC while the 3rd respondent must accept, list, publicise and print his name on the ballot paper as the APC councillorship candidate for Ward 5, Iperu Remo in the coming local government elections.

The applicant also urged the court to give an order of perpetual injunction restraining Efuwape from parading himself as the candidate of the APC for Ward 5 in the coming local government election while the party and OGSIEC must also henceforth stop dealing with him as far as this subject matter is concerned.

Osularu equally demanded that if at the date the court gives its judgment on the lawsuit, the 2021 Ogun State local government elections had been conducted and the first respondent had won as the APC councilorship candidate for Ward 5, Iperu Remo, the third respondent, OGSIEC must withdraw the certificate of return issued and award same to Muyiwa as the duly elected councillor for Ward 5, Iperu Remo.