The five men, in a Mercedes Benz 4matic C300 car, were chased by the policemen in a Toyota Sienna car. 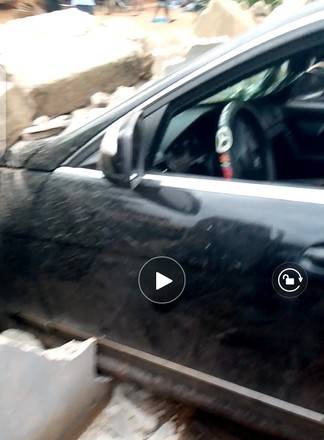 The police fired gunshots at them, according to an eyewitness.

In the process, one of the men hit by a police bullet died instantly.

An eyewitness said the policemen whisked away his dead body and arrested one other person.

The three others were able to escape.

“This happened this evening on DLA Road, Asaba as I was returning from office. Policemen shot a young guy inside 4matic 300 car, carried away his dead body, arrested one and 3 ran away. There were 5 young guys inside the 4matic car as policemen were seen pursuing them with their Sienna car.

“The guys were driving very fast along DLA Road, Asaba as the police were seen pursuing and shooting at them, just close to Falcon Club junction. Unfortunately, the guy driving hit a fence and the car stopped moving.

“The policemen then stopped their own Sienna car, opened fire on them, shot one of them and he died instantly. Three of them ran away as the police were approaching them, but they arrested one.

“They carried the dead body of the guy they shot together with one of them that was alive and quickly drove away.

“People gathered at the scene lamenting and crying because of the killing of the young guy. People confirmed that they were innocent as they didn’t see any gun, illegal items or contraband with the guys. Their car was still packed at the scene as of 5:37 pm,” he narrated.

Meanwhile, the identities of the suspected policemen were still unknown at the time of filing this report.