The Federal Capital Territory Administration (FCTA) has alerted its residents to observe safety measures owing to  the upsurge in the spread of cholera in the city.

Abubakar Sani, the spokesman for the FCT Minister, Mohammad Bello, said this in a statement obtained by the News Agency of Nigeria. 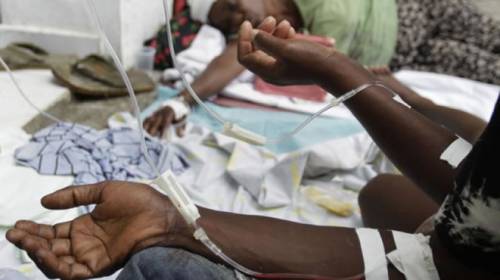 Sani said over 500 suspected cases had been recorded in the territory, adding that some safety measures had been put in place to curb the further spread of the disease.

He explained that as of Thursday, the FCT had recorded 514 suspected cases, out of which eight laboratory investigations were confirmed to be cholera.

“The FCT Administration is working very closely with the National Primary Healthcare Development Agency on interventions to put an end to the upsurge in cases recorded in the territory,” he said.

“We ensured that some measures were introduced to curb the spread as well as provide the highest level of care to those affected by the disease.

“We also formed a Cholera Emergency Operation Centres and appointed an Incidence Manager.

“Also, we have made available Drugs and Consumables for the free treatment of identified cases in both Secondary and Primary Care Facilities of the FCT,” he said.