Some of the agitators, who stormed the Gani Fawehinmi Freedom Park, Ojota, the venue for the Yoruba rally, sang the Yoruba Nation anthem displaying banners, posters and placards containing their demands. 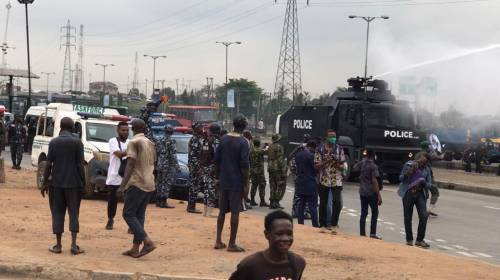 Participants at the rally had arrived at the venue unannounced while the Lagos Commissioner of Police, Hakeem Odumosu, addressed journalists.

Newzandar News gathered that a few minutes later, shots were fired to scare them further away.

Some of the agitators were seen getting dragged into an armoured tank by policemen.