Nigeria’s Inspector General of Police (IGP), Usman Alkali Baba has ordered a fresh investigation into the allegations of forgery and impersonation against a former Attorney General of the Federation, Muhammed Bello Adoke (SAN).

The Human and Environmental Development Agenda (HEDA) alongside its international partners had written a petition to the new IGP through their lawyer, Kunle Adegoke (SAN), demanding an impartial investigation into the alleged forgery of email by the former Minister. 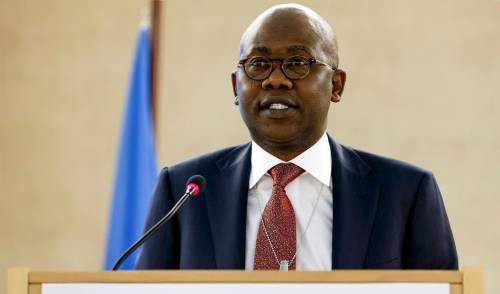 Adoke, who is a former Minister of Justice, alleged that the email sent through the account of his friend and former business partner, Aliyu Abubakar in his name was forged and demanded an investigation but in his statement to the police accused Mr. Olanrewaju Suraju and HEDA of wrongdoing.

The former Inspector General of Police, instead of assigning the petition to the appropriate department of the Force, it was assigned to the IGP Monitoring Unit, where it was alleged to be influenced by people close to Adoke. The Head of the Unit, DCP Adamu Elemah, who was assigned the case under the watch of the police boss allegedly resorted to distractions and other tactics.

In the petition, Suraju had demanded continuation of investigation but under a more competent and institutional department of the force.

With the directive of the new IGP to the Monitoring Unit to return all the case files of criminal cases under its control to the IGP’s office, Suraju’s lawyer had petitioned the IGP demanding continuation of the investigation but under a more competent and institutional department of the force.

Following a report by Newzandar News, an inside source in the IGP office informed this medium of the current IGP’s action on the counter-petition with a directive to the DIG in charge of Force Criminal Investigation and Intelligence Department (FCIID) to investigate the matter and report its findings.

In a letter with Ref. No. CB : 7000/ IGP/SEC/ABJ / VOL. 536//289 sighted by  Newzandar News, dated May 4, 2021, and addressed to the Deputy Inspector General of Police, Force Criminal Investigation Department (FCID), the IGP directed a fresh action and investigation into the case.

The FCIID has a unit under it, cryptography and cybercrime unit, dedicated to offences as alleged in Adoke’s petition.

When contacted, the counsel for Suraju, HEDA, and its international partners confirmed the invitation from the cryptography and cybercrime unit, headed by a Deputy Commissioner of Police, saying the invitation has honoured.