Men of the Counter Terrorism Unit of the Nigeria Police Force deployed to Katsina State to curb banditry in the state have taken to the streets of Kadawa village protesting non-payment of seven months allowances and promotion.

Newzandar News gathered that the police officers also blocked a major road linking a popular market in the community. 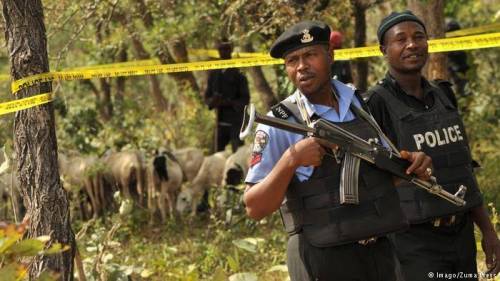 The protest, according to some of the police officers, was held because of their seven months unpaid allowances.

The aggrieved officers insisted that their allowances should be paid with immediate effect or they would continue to disrupt socio-economic activities in the community and state at large.

They lamented that since January 2021, when they were deployed to the state on special operation, they had not been given their allowances.

A police inspector told Newzandar News that the development has dampened the  morale of the affected personnel.

He said many of them had to go through inhuman treatment, sleepiing on the corridor of offices on returning from duty at night.

The officer said, “They brought us to this village about 7 months ago, yet no single allowance. How do you expect us to stop collecting bribe? The government said they sent us here to fight bandits, is this how we are going to do that?

“Aside from unpaid allowances and non-promotion, what about the non-challant attitude of police authorities to our welfare?”