The journalists were at the church on Sunday to cover the protest by activists and relations of five activists arrested in the church last Sunday for wearing #BuhariMustGo T-shirts, to demand their release from detention. 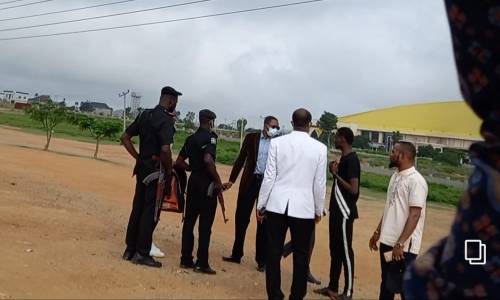 Solomon and Bisola were working when they were identified and whisked away.

They have not been allowed to either answer their calls or contact anyone.

Last Sunday, the Department of State Services (DSS) arrested the five activists at the church.

They were harassed, during church service, for wearing “BuhariMustGo” shirts.

Paul Enenche is the Senior Pastor of Dunamis International Gospel.