Ifa priest and iconic writer, Oloye Yemi Elebuibon, has said the raid by operatives of the Department of State Services on the Soka residence of Yoruba freedom fighter, Sunday Adeyemo, aka Sunday Igboho is not an indication that the gods failed him.

On July 1, DSS operatives stormed Igboho’s residence around 1am, killing two of his associates and arresting about 13 persons. 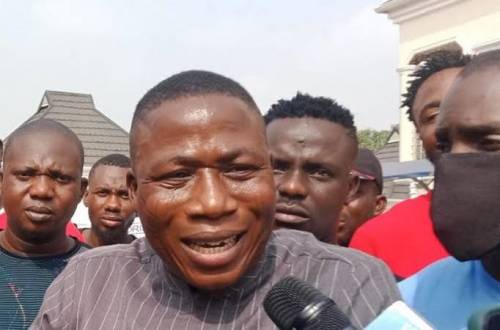 Igboho, who escaped the raid, has since gone into hiding as the secret police have declared him wanted.

Many of his critics have questioned why he could not predict the attack by the DSS operatives and plans to get him arrested using his spiritual powers.

But reacting to the incident, Elebuibon said the success of the DSS operation was not an indication that the powers Igboho had failed.

He likened the DSS raid on the agitator’s house to an attack by thieves who arrive unannounced.

“That is different from powers failing. You know it is a case of someone going to meet another suddenly. Igboho and his men were not expecting the DSS operatives, neither were they prepared so it was not like spiritual powers failed.

“It is just like when someone is attacked by an armed robber; they just barge into his house all of a sudden and take his belongings. It does not amount to failure of powers. It is simply taking one by surprise with the intent to harm.

“If it were to be a confrontation and then Igboho runs away, that is when anyone can say powers failed but they just came suddenly, taking his belongings, Igboho and his men weren’t prepared.

“It was sudden and as the saying goes, a true warrior is the one who knows when to retreat from the war front and when to intensify the war so he had to leave. A warrior who doesn’t know this will surely be consumed. It was not like Igboho wanted to leave his followers to be victims of the attack, no, he had to do what he did. If he had not, the situation would have been worse.

“In civilised countries, when security operatives want to arrest someone, they will call him to come out, informing him that he has been surrounded till the person surrenders. That’s what I have seen in America. It is only if the person wants to resist arrest or attack officers that the policemen can now apply force.

“I hope God protects us in Oodua land because this is war. We cannot teach the DSS how to carry out an arrest but what we have seen in other civilised countries is to make calls, inform the person, the police might wait for over 10 hours if the person is yet to surrender himself but they won’t use a mortar on the door as the DSS did at Igboho’s house.”

Speaking on the implications of the raid on Igboho’s house on the Yoruba race, he noted, “The strong should fortify themselves, the weak are being defeated. It shows that the preparation is not enough, we have to do the right thing so everything will go the right way.”