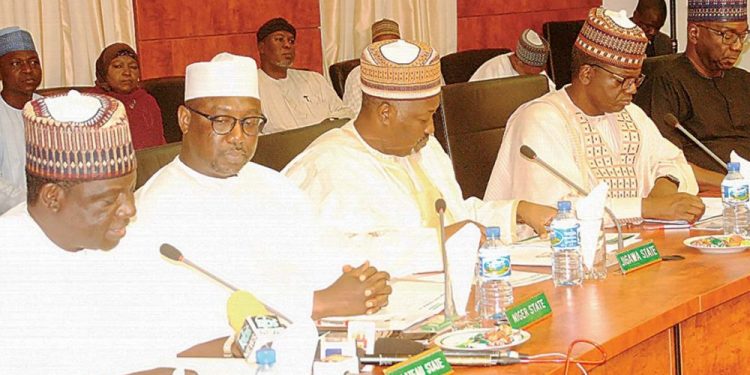 Had I not prompted my friend, Anthony N.Z Sani, former Publicity Secretary of the Arewa Consultative Forum (ACF), and its immediate past Secretary, to react to the decision of the Northern governors not to lock down their states, which prompted the above article in the first place, revisiting it would have been absolutely unnecessary. He had sent me a mail whose import was the inevitability of a lockdown in fighting the covid-19 pandemic.

My response was to ask him for his views on the Northern governors’ decision, and I believe I owe him the chance to be heard.

“I read your column yesterday and even though I share your concerns and frustrations on the attitude of some northern governors on how best the nation can contain and mitigate the menacing Covid19, it seems you did not get all the facts right when you generalized that all northern governors have refused to lockdown because of the farming season.

It is not all the governors who refused to lockdown. For example, Kaduna and Plateau states have been on lock down for the past three weeks. My state, Nasarawa, has also been on lock down along with FCT, Lagos and Ogun state. In fact, the Chairman of the Northern Governors Forum, Governor Lalong was on NTA on Saturday explaining that there was no consensus among the governors on the best approach.

So, to generalize in the way your column did does not represent the reality on the ground.  Albeit, I canvassed for the need for all governors to be on the same page.

I have tried to push the view that because unless all states are free of Covid19, no state is free, there is need for uniform lockdown across the nation lest disparate approaches by individual states become wasted efforts.I even suggested that northern states can, for the meantime, align their lockdown with that of the FCT for purposes of uniformity, considering the fact that interstate travels will render individual lockdowns ineffective.

If there had been a  uniform lockdown for say, 14 days, when PMB first announced lockdown, most of the COVID- 19 cases would have manifested, and affected persons would have been quarantined for containment and mitigation by now. I granted interviews to The Tribune, New Telegraph and The Sun newspapers on these issues on the need for proper coordination by the center for performance.

I have been in running battles with some of our egg-head professors who think that  lock down, with the restrictions, but  without palliatives for the poor, is meaningless because they believe it is not workable. Even some of the editors and reporters share their views  by refusing to give my position prominence. To them, I am insouciant to the plight of the poor.

But I insist that the choice is between the need to save lives and the imperative of preserving livelihoods by those who are alive”.

He went further to discuss restructuring but as that is not immediately germane to the issue in discussion, we’ll have to come to that  another day.

Disquisitions between Tony and I are not new and  I have published him more than once on these pages. I know him to mean well, even if he always holds, tenaciously, to positions the core North believes to be in its greater interest, even if the alternative position would have benefitted the entire country  more. This, I believe, is what underpins his position on restructuring which only the Northwest, of all Nigerian geo-political zones, objects to. And that is not to demean him as I know Tony to be a man of very strong principles.

His explanation that not all Northern governors were against lockdown is, incidentally, the same reason I hold that, in going back to reverse their prior position, and joining their colleagues in freshly deciding not to lockdown, they were not motivated by high principles, but by money. Otherwise, why the change as soon as the federal government gave Lagos State a N10b grant? Even Governor Ganduje, who I had excluded from the others in the original article, has since asked the President for a N15b grant. Why N15b? Just so Kano won’t have the same amount with Lagos State even when it does not have a fifth of Lagos  Covid -19 cases. This is nothing but a sop to the entitlement mentality that continues to rubbish governance in our country. And this attitude is about  the only way one can explain the late Chief of Staff to the President allegedly, illegally, handing over to the Permanent Secretary of the ministry of Agriculture to execute, the budget approved by the National Assembly for the ministry of Health. The following is how The Nation of Thursday, 30 April, 2020 captured the absolutely unbelievable story:

“The federal policy requesting the Health Ministry to go through the Agriculture Ministry for its procurement and other funding needs has been lifted, it was learnt on Wednesday. A senior government official told The Nation that the Health ministry can now handle all its contracts and procurements without the ‘unnatural’ routing through the Agriculture ministry. Prior to the new regime, the ministry of Health, with about 119 agencies, apart from its inability to make its own procurements, including (even) stationeries, could not monitor its projects as all funds must be approved by the Permanent Secretary, Ministry of Agriculture and Rural Development. The policy affected the ministry’s ability to monitor the agencies under it.

To worsen the matter, the ministry had to get approvals from the ministry of  Agriculture to access the  N10.5 billion approved for the funding of its capital expenditure in last year’s bugdet. According to the source, the Health ministry was asked to get approval from the ministry of Agriculture, following a power play between the erstwhile Health Minister Prof Isaac Adewole and the late Chief of Staff to the President, Abba Kyari. The source said: “One of the causes of friction (among others) between the duo, was the Minister’s decision to suspend the then Executive Secretary of the National Health Insurance Scheme (NHIS), Prof. Usman Yusuf which the late Kyari vetoed”. “Whenever the Ministry of Health wants to make procurement, the Permanent Secretary would raise a memo which would be sent to the Permanent Secretary of the ministry of Agriculture”.

“In some instances, the permanent secretary of the Ministry of Agriculture would give direct approval while sometimes, he would write a memo to the Director-General of the Bureau of Public Procurement, Mamman Ahmadu, for approval”.

“The lifting of the ban will be of great benefit to the Ministry as it can now bypass the administrative bottlenecks that must have frustrated  immediate responses, and activities, regarding procurement in  government ’s health facilities.”

I decided to spend some time on that story because  such overbearing actions will never endear the Buhari government to right thinking Nigerians. Or how can one  explain that  an unelected government official  could so completely immolate a key arm of government without his being countermanded by higher authorities? Post Covid- 19, every effort must be made to rule over this country with fairness and equity.

Fortunately in the  article under reference , I did exempt Governor Ganduje from those I believe were intent on blackmailing the President for money, and happily , he never at any time, dilly dallied, like his Adamawa counterpart who opened up everywhere, including civil servants who were previously working from home , for instance. Knowing what we now know of Kano, we can only thank God.

The takeaway in the article, even where I take Tony’s corrections in good faith, is that persons in positions of authority, especially those whose decisions could be the difference between life, and death, must always think through their actions. In the particular case of Covid -19, science, not politics or sentiment, must be allowed to determine government action.

Concluding, knowing full well that my article was not written to spite the Northern governors, Tony was gracious enough to conclude as follows: “I am aware of your sense of nationalism driven by patriotism, and your belief that progress can come through change from robust interactions. This is because nation-building is work in progress. That is how it should be. I only wanted to clarify some of the issues raised in the column the way some of us understand them”.

By Fanen Ihyongo, Jalingo A woman, Mrs Talatu Idris, who escaped from a quarantine centre in Taraba State last week, has been apprehended. She was returned to the isolation facility in Jalingo, Commissioner of Health [Read more…]

Senate approval of Buhari’s N850b request: Why the hues and cries?

By Ola Awoniyi My brother, Femi Adesina, the Special Adviser on Media and Publicity to the President, once observed that those who believe do not need further explanation, and neither do those who have made [Read more…]