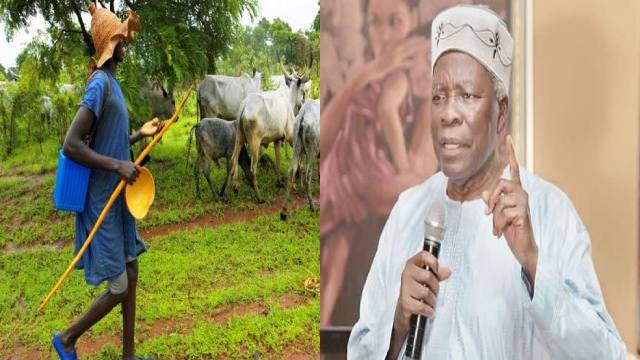 According to him, neither can the review of the 1999 Constitution solve the problem on the ground.

Akintoye also stated that the slow pace of development in Yoruba land is caused by the 1914 amalgamation of the Southern and Northern Protectorate.

He was quoted in a statement titled, ‘At YPF’s 1st Democracy Lecture; Statesmen, Dons, Lawyer, Declare Verdicts on the State of Yoruba Land.’

“Restructuring cannot stop the Fulani Herdsmen from invading our farms. It won’t stop the central government from subjugating the states. We have seen how President Buhari is using Executive powers to overrun the National Assembly, Judiciary and the State Governors.

“If restructuring gives room for state police, such a policing system will not have an equal status like the central police. By the way, the Fulani will still control the military and armed forces. Virtually all the Military Training Schools in Nigeria are domiciled in the North. Everything was deliberately planned.”

“Therefore, our road to redemption in Yoruba Land is to have a country of our own where the intellectuals will preside over our commonwealth, and not the current system that promotes urchins above the philosopher-kings across all board”, Akintoye said.