Nobel laureate, Professor Wole Soyinka, says the citizens of Nigeria have the right to exit the country if they feel that it is going on a suicide slide.

Soyinka disclosed this on Arise Television on Monday. 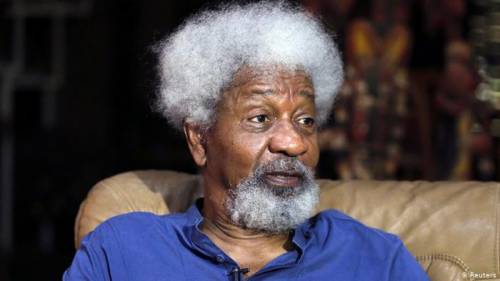 He described the country as a plane that is on a suicide slide, and that the citizens have the right to exit the plane before it nosedives.

Speaking on various issues affecting the country, Soyinka also insisted that the only way Nigeria can continue as one is to decentralise as the continued situation in the country cannot make Nigeria stay together.

He said, “If a plane is on a suicide slide, the people who feel that they do not deserve that kind of suicide slide have the right to say sorry, we are getting off this plane before it nosedives.”

Soyinka also said the country cannot continue as a country if it fails to decentralise, urging the government to take the issue seriously.

“That is why people are demonstrating in the streets, that’s why they are defying threats from the police and the government.”