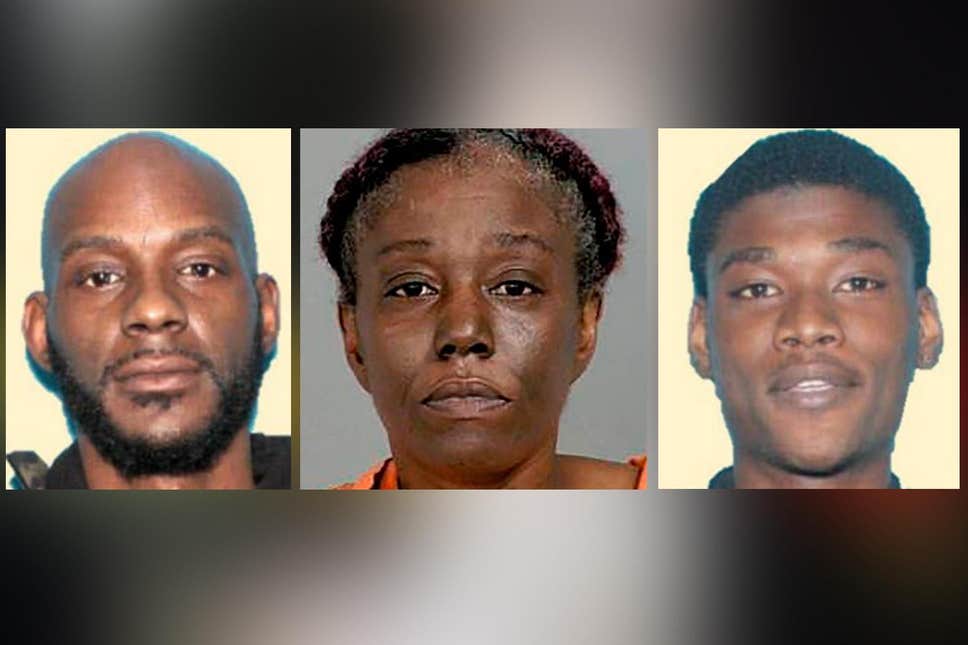 Three family members have been charged with the fatal shooting of a Michigan Family Dollar store security guard who denied entry to a customer who was not wearing a state-mandated face mask, officials have said.

43-year-old Calvin Munerlyn was shot in the head on Friday at the store, north of downtown Flint, and later died in hospital, said Michigan State Police Lieutenant David Kaiser on Monday.

Mr Munerlyn had told the daughter of Sharmel Teague, aged 45, that she had to leave the store on Friday because she was not wearing a mask, said Genesee County Prosecutor David Leyton.

Ms Teague was charged alongside her husband, Larry Teague, aged 44, and their son, Ramonyea Bishop, aged 23, with first-degree premeditated murder and gun charges.

“From all indications, Mr. Munerlyn was simply doing his job in upholding the Governor’s Executive Order related to the COVID-19 pandemic for the safety of store employees and customers,” Mr Leyton said in the statement.

According to the prosecutor, witnesses at the dollar store have since identified Mr Bishop and Mr Teague as the two men shot Mr Munerlyn.

Surveillance video at the store confirmed that Ms Teague had argued with the security guard, who then told her the 45-year-old to leave after her daughter had been told to do the same.

The woman immediately left the scene in an SUV, before the same car returned around 20 minutes later, said prosecutors.

Two men – identified as Mr Bishop and Mr Teague – entered the store, before the husband shouted at Mr Munerlyn for disrespecting his wife, said the statement.

The son, Mr Bishop, was later identified as the man that allegedly shot the security guard.

The mother has been arrested but police are still looking for the husband and son.

No information has been released about the daughter, who has not been charged in the shooting.

“It is important that the governor’s order be respected and adhered to, and for someone to lose their life over it is beyond comprehension,” Leyton said earlier on Monday in a statement.

Kindly Share This Story: A fire at a construction site in South Korea killed at least 38 people and injured another 10 on Wednesday, fire authorities said. The fire broke out when workers were building [Read more…]

Japanese Prime Minister extends state of emergency to May 31

Japanese Prime Minister Shinzo Abe on Monday officially announced that the country will extend its state of emergency through May 31. The decree was initially set to expire on Wednesday. The world’s third largest economy [Read more…]