Lawmakers from the south in the House of Representatives have endorsed the position of the Southern Governors’ Forum on the 2023 presidential election.

The governors had after a meeting in Lagos, resolved to support 5% operation expenditure for host communities in the PIB, rotation of presidency to the south and others. 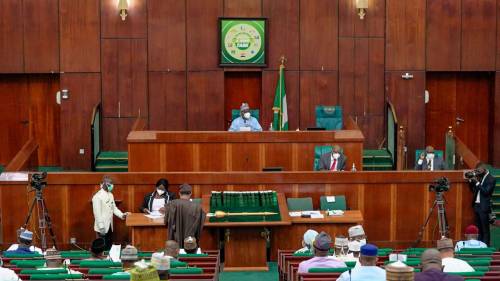 The Senate passed a version of 3% operation expenditure, while the House passed 5%. The governors endorsed the House position.

In a statement issued by Victor Nwokolo, the chairman of the southern reps caucus, the lawmakers backed the governors on those issues.

“We note that the demand that the next President of Nigeria should come from the southern region unambiguously represents the opinion of the majority of Nigerians across board, in tandem with the already established rotation of presidency position between southern and northern Nigeria,” the statement reads in part.

Although the rotation of the presidency is not enshrined in the constitution, it has been a gentlemanly agreement in the Peoples Democratic Party (PDP).

The lawmakers also condemned the reported move by the House committee on electoral matters to remove electronic transmission of results.

Although the Speaker, Femi Gbajabiamila denied the report of changes to the bill while reacting to a point of order raised by a member of the House, Mr Victor in the statement said, “attempt to tamper with the Electoral Act to remove electronic transmission of result is, therefore, a malicious and unpatriotic act aimed to emasculate our electoral system, undermine our democracy and destabilize our dear country.”