True to one of the resolutions of the recent meeting of the Southern Governors Forum in Lagos to ban open grazing in their states, Ogun State House of Assembly has passed the Animal Grazing Regulation and Cattle Ranch Establishment Law, 2020 into law.

Part of a section of the bill prescribed a jail term of not less than three years without the option of fine, including the forfeiture of the herds of cattle or livestock under his/her control to the State Government for anyone who rears, herds or grazes any livestock in any part of the State except within the permitted ranches or anyone who rears cattle or livestock outside the permitted ranches after the commencement of the law. 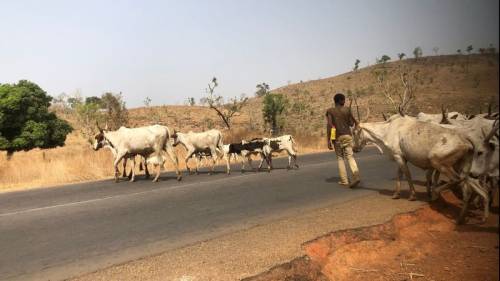 The passage of the bill titled “HB No. 045/OG/2021- A Law to Regulate Animal Grazing, Establishment of Cattles Ranches in Designated Grazing Areas of Ogun State and for other Matters incidental thereto and connected therewith,” followed the presentation of the report of the House Committee on Agriculture by the Sponsor, Ganiyu Oyedeji at a plenary presided over by the Speaker, Rt. Hon. Olakunle Oluomo, Daily Post reports.

Oyedeji thereafter moved the motion for the adoption of the report, and it was seconded by Olusola Adams and supported by other lawmakers through a voice vote.

The bill was later read and adopted clause-by-clause after which the motion for its third reading was moved by the Majority Leader, Yusuf Sheriff, seconded by Wahab Haruna. After this, the Clerk of the House, Deji Adeyemo took the third reading of the bill before the lawmakers.

Responding, Speaker Oluomo directed that the clean copy of the bill be transmitted to the state governor, Prince Dapo Abiodun for his assent.

At the recent meeting of the Southern Governors Forum, the governors had agreed to ensure their passage laws banning open grazing in their various states to curb insecurity and killings by suspected herdsmen.

They gave September 1 as the deadline by which all southern states in Nigeria should have had the law passed.