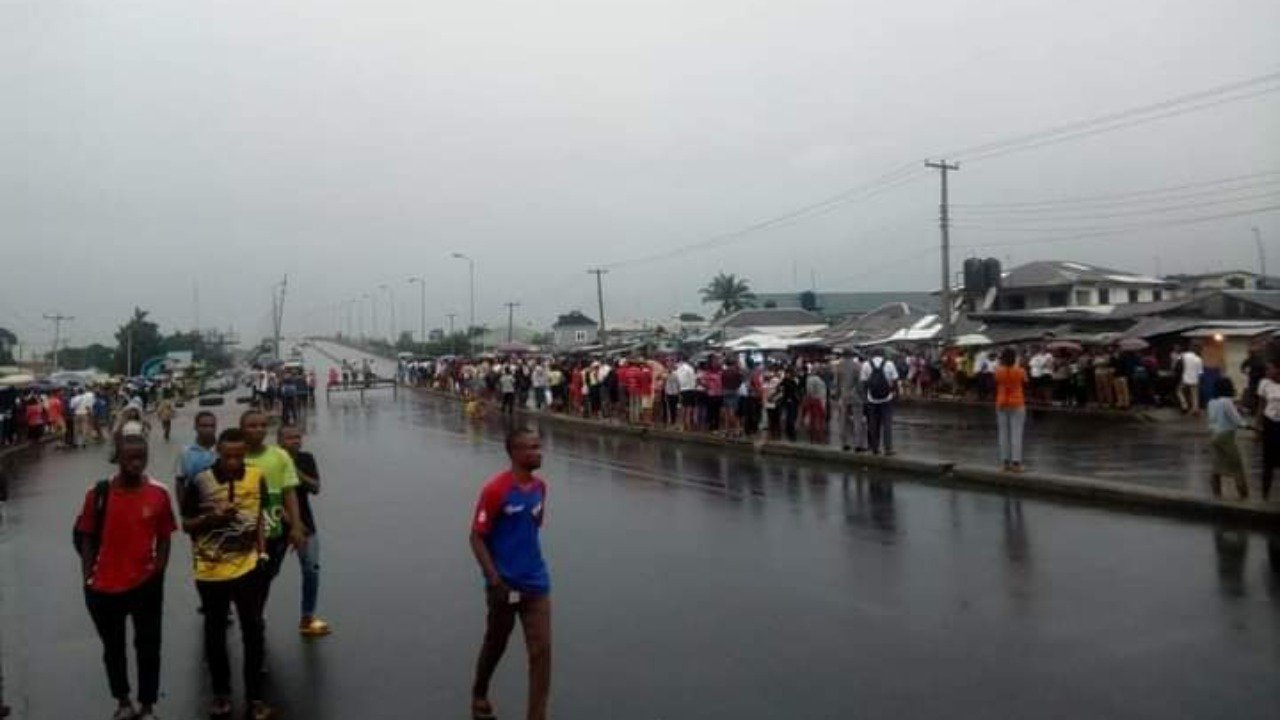 Students of the Rivers State College of Health Sciences and Technology on Tuesday, blocked the mile 4 axis of the Ikwerre road in Port Harcourt in protest against poor basic amenities in the institution.

The protest caused a heavy gridlock around the area, forcing motorists to use alternative routes.

The students who defied an early morning downpour to stage the protest are demanding for the provision of water and electricity in their hostels by the institution’s management.

Some of the leaders of the protest, who spoke with Newzandar News also decried “non accreditation of some courses offered in the institution,”leaving them jobless after graduation.

A protester said,, “look at the building, it is just fine outside but when you go in, its rubbish. The place is water logged, there has not been light for over two weeks now let alone water”.

“So students are really stranded. Just to bathe and have their clothes ironed has been a big problem.

“So we are calling on the Rivers State government to come and help us. The management of the school has failed us.

“We are paying a huge amount of fees here but you cannot see the effect in the management of the school”.

The students threatened to continue the protest until their demands are met.

Efforts to reach the institution’s provost proved abortive as his mobile lines were unreachable.