Gunmen suspected to be Fulani herdsmen have abducted yet-to-be identified passengers at Odo-Osun, near Imesi-Ile in the Obokun Local Government Area of Osun State.

It was gathered that the commercial vehicle from Ekiti was going toward Ikirun through Ila road when the gunmen waylaid it at Odo-Osun around 1:45pm on Monday and took the passengers to a nearby bush. 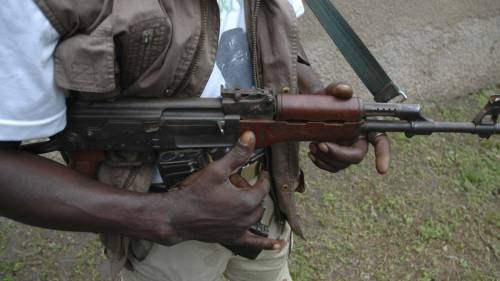 A security source said the gunmen shot into the air to force the passenger bus to a stop, the Nation reports.

The source said, “One person hinted the security about the Odo-Osun abduction and when we are on the search for the victims, we realised they had abducted some passengers from another two vehicles. The hostages were taken to the Ipanda village.

“They have reached out to demand a ransom. Those who did it were speaking Fulfulde while the person negotiating the ransom spoke in Yoruba.”

Another source said volunteers of Kiriji Heritage Defenders, a group of hunters and the police were already combing the bush to secure the release of the travellers.

The Divisional Police Officer (DPO) at the Imesi Police Station was in the search party.

The Director-General of Kiriji Heritage Defenders, Dr Ademola Ekundayo, said volunteers of the socio-cultural group were on the trail of the abductors and their victims.

Spokesperson for Osun Police Command, Yemisi Opalola said, “I have not been briefed. I will get back to you on the matter.”

Amotekun Corps Commandant Brig.-Gen. Bashir Adewinbi also said he had yet to be briefed.