A founding member of the Arewa Consultative Forum and northern elder statesman, Alhaji Tanko Yakasai, has decried the conduct of Nigerian elections, calling for change while reflecting on the anniversary of the botched June 12, 1993 election of MKO Abiola and Bashir Tofa.

Yakasai noted that despite the huge national resources committed to that election, it was surprising that the election was annulled. 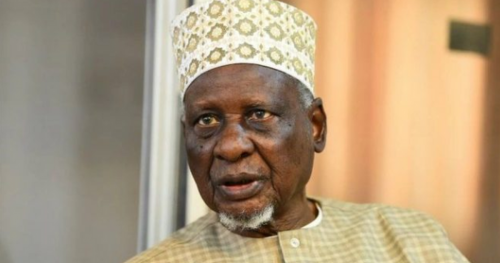 Nigeria had a presidential election on June 12, 1993, adjudged as the freest and fairest election in the democratic history of the country, under military dictator Ibrahim Babangida.

The election was later annulled, fuelling nationwide protests and unrest which resulted in the overthrow of Babangida junta and the incarceration of MKO Abiola, and his death, five years later.

In an interview with , Yakasai said, “In my honest opinion, June 12 has nothing to do with democracy. It is the first nationwide inconclusive election and not a democracy day really. So, there is no lesson to learn except that from that time on, we have been experiencing inconclusive elections in the country.”

When asked about President Muhammadu Buhari declaring June 12 as the democracy day, Yakasai said, “He is the President. He can take whatever decision he wishes to take but I do not see the relevance of June 12 (an inconclusive election) to democracy. I don’t see it.

“I recall a massive extension of resources that were expended on June 12 and the situation of the country and out of which (the resources) we gained nothing, I don’t see anything Nigeria gained out of that election.

Nigeria’s 1993 election was meant to be a transitional process to civilian rule, although spearheaded by a military dictator, Ibrahim Babangida.

The unofficial result of the election – though not declared by the National Electoral Commission – indicated a victory for the candidate of the Social Democratic Party, MKO Abiola, with 8.3 million votes who defeated the National Republican Convention’s candidate, Bashir Tofa, with 5.9 million votes.

The annulment of the election plunged the country into an avoidable crisis culminating in the resignation of the dictator and the coming in – instead of democracy – of another ruthless dictator, Sani Abacha.