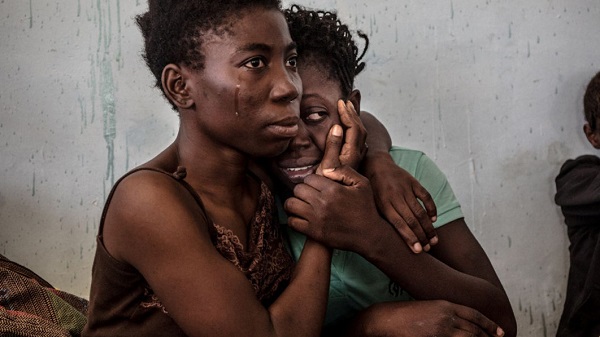 SIR: Considering these trending hashtags: #SayNoToRapists, #NoToRape, #EndRapeCulture, #JusticeForOurGirls, you would think that you are in India or South Africa.

But no, this is Nigeria today. Behind the recent spate of reports of sexual abuse and rape across the country are real, individual human beings.

These are some of them: Elizabeth Ochanya Ogbanje (13), sexually abused from age nine by her own father in Benue State, until she died of Vesicovaginal fistula (VVF) at the age of 13.

In Kaduna, an 18-year-old girl, identified as Jennifer, was allegedly drugged and gang-raped by five boys whom she had counted as friends.

In Edo State, Uwavera Omozuwa (22) died after being raped and strangled inside a church at Ikpoba Hill, Benin City. In Ibadan, Barakat Bello (18) was raped and abandoned.

These horrible sins against Nigerian women and girls have outraged many Nigerians, including the president, who was moved to offer his deepest condolences to the family and friends of one of the most recent victims of gender-based violence, Uwaila Omozuwa, expressing the hope that all the culprits would be brought to justice. Nigerians are still waiting.

Meanwhile, these are not the greatest of times to be a woman in Nigeria, especially in the judicial branch of our government.

Modern disrespect for Nigerian women by the Nigerian state has been traced to the 1999 Constitution, commissioned by an all-male provisional ruling council.

In the book, Nigeria’s Struggle for Democracy and Good Governance, which I edited 16 years ago with Professors Adigun Agbaje and Larry Diamond, former president of the Civil Liberties Organisation, Ayo Obe, wrote a powerful chapter on citizenship rights and the Nigerian Constitution that starkly revealed how Nigeria’s 1999 Constitution tried to foist inequality on women.

Fortunately, the campaign of Nigerian women against this attempt at discrimination was defeated by a combination of the constitutional guarantee of immunity from discrimination on the basis of (inter alia) gender and the Interpretation Act. So, Nigerian women can indeed confer citizenship on foreign husbands today.

When Nigeria’s women are not being victimised by such crass chauvinism, they may become the victim of the ‘state of origin’ conundrum, which – designed to engender inclusiveness – has become more often a vicious weapon of political exclusion.

This was recently deployed to shoot down Justice Akon Ikpeme, a perfectly qualified woman who had served as Acting Chief Judge of Cross River State.

But she’s not the only one. A recent media newspaper report on this travesty of justice in judicial appointments revealed that this form of gender discrimination is widespread, as Justices Ifeoma Jombo-Ofo and Patricia Mahmoud of Abia and Kano states respectively, can testify. Both female justices were victims of the ‘state of origin’ political missiles.

Justice Jombo-Ofo is an Anambra woman married to a man from Abia State, where she served with distinction since the creation of the state in 1991.

But despite being the most senior justice, she was denied the position of chief judge oon the state of origin basis. The same axe of exclusion fell on Justice Patricia Mahmoud.

For a long time, she was denied the seat of the chief judge of Kano State because she hails from Benue State, even though she had married a distinguished Kano man and lived and worked there since 1983.

These examples go to show that in Nigeria’s federation, a citizen who marries a man from a state other than hers, loses her indigeneity if she dares to live with her husband in his own state of origin. That’s what the indigene-settler struggle means in practice. Only in Nigeria!