The Christian Association of Nigeria has called on President Muhammadu Buhari, to immediately order the nation’s security forces to rescue Reverend Popoola Kayode of Calvary Baptist Church, Kurmin Mashi in Kaduna State, who was abducted by some unknown gunmen on Tuesday.

Kayode was abducted 24 hours after bandits abducted about 140 students of Bethel Baptist High School, Maraban Rido in the Chikun Local Government Area of the State. 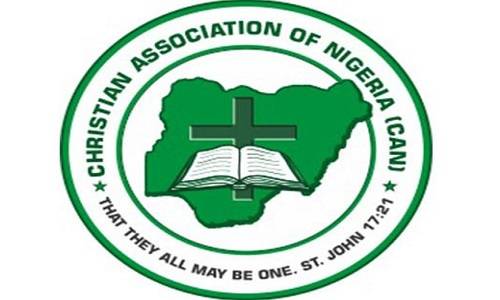 CAN, in a statement issued on Thursday by its General Secretary, Daramola Bade Joseph, demanded the release of the cleric and other abductees.

The Association stated that pastors and other men of God have become endangered people under the Buhari-led government.

The group noted that the government had handled the insecurity challenge in the country with levity as seen in the way it is treating criminals with kid-gloves while ‘freedom fighters’ and activists are haunted.

CAN challenged the Buhari government to apply the strategy used in repatriating leader of the Indigenous People of Biafra, Nnamdi Kanu, to putting a stop to banditry, kidnappings and other menace in the country.

The statement read partly, ”Our appeal to the President, the military, the Police and the Kaduna State government is to ensure Rev Popoola is not murdered like the district chairman of the Church of the Brethren in Nigeria (EYN) and CAN Chairman of Michika Local Government in Adamawa State, Rev Lawan Andimi.

“To us in CAN, we believe that the freedom of the Pastor is a litmus test for the Service Chiefs, especially the new Chief of Army Staff, Major General Yahaya Farouk and the Inspector General of Police, Usman Alkali Baba and the whole world is watching whether they will live up to the expectations or not.

“If the then American President, Donald Trump, could put his acts together from far away America and order his military to rescue only one kidnapped American in Nigeria, then, our President has no excuse not to act decisively and rescue this Servant of God. Why should the government leave Nigerians to be at the mercy of the insurgents, bandits and kidnappers?

“What is the essence of having a government in place? The government that did everything to ensure that the leader of IPOB, Nnamdi Kanu, was brought back to the country is strong enough to stop these criminalities if the political will is there.

“Mr. President, where shall we go from here? Have the criminals taken over where there is a legitimate government? Though we are praying earnestly continuously, we know faith without hard work from the side of government is vain. While we are aware that you may be doing your best, your best is not good enough to Nigerians and in the eyes of the whole world. The bitter truth is that no place is safe again in this country.

“It is high time your government rose up to this menace of insecurity challenges occasioned by some criminals who are operating with impunity as terrorists, killer-herdsmen, bandits and armed robbers.

“The impression that is being created in the mind of the people is that the government knows these criminals but only refuses to bring them to book but rather, treats them with kids gloves. For example, Sheik Ahmad Gumi has been having unholy romance with them publicly and making unguarded remarks about them yet the government is not bold enough to call him to order.

“All the grave allegations against Sheikh Isa Ali Pantami, the Minister of Communications and Digital Economy over his alleged relationship with some notorious religious extremist organisations like Al Qaeda were swept under the carpet by the government that wants the people to believe that it is fighting terrorism.

“We recall how Apostle Johnson Suleiman, Obadiah Mailafia, Prophet Isa El-Buba and the Catholic Bishop of Sokoto Diocese, Dr Matthew Hassan Kukah’s statements were handled by security operatives and equally reacted to by the government. Do we truly have sacred cows in the country now?

“We are curious to know how Gumi was able to locate the whereabouts of the bandits when our security agencies are giving us the impression that they are invincible. If the terrorists can be located by an individual, what hinders the police and the military from arresting them and bringing them to book? Is anyone in government conniving with the terrorists so that this insecurity might continue? Is Nigeria truly operating two laws?

“Now that bandits are being pampered, money is being made available to them and highly respected politicians and religious leaders are speaking for them. Who truly offended these terrorists? What sin did the people they are attacking and kidnapping commit against them? Why should anybody be speaking in favour of the terrorists? Nigeria’s unity is on trial and if those running the country are playing the ostrich, there may be no hope of redemption.

“May God save our nation. History will not overlook the failure of the present administration to fulfil its campaign promises to fix the security challenges. The unborn generation will be shocked by the government that was brutal to the peaceful protesters and ‘freedom fighters’ like Sunday Adeyemo (popularly called Sunday Igboho) but was lenient with the hardened criminals who were operating with impunity.

“To reverse this, the President should have a change of heart in his style of governance before it will be too late. 2023 is not an eternity. He must stop a situation where Pastors are becoming endangered species under his watch.

*We call on all well-meaning people all over the world, Christians and non-Christians to be on their knees for the next seven days praying to God to: Stop further attacks on the country by the bandits, kidnappers and terrorists; help our government to be sensitive to the ordeals and yearnings of the people;

“End the bandits’ attacks on our schools and colleges where the innocent children are being exposed to psychological trauma, creating phobia for the young ones who are eager to learn; release everyone in the captivity of the bandits and terrorists.”