No fewer than two people were killed in a gang war in the Inalende and Abebi areas of Ibadan, the Oyo state capital, on Thursday afternoon.

Newzandar News reports that two people were killed on Wednesday when shop owners and members of the National Union of Road Transport Workers (NURTW), known as Park Management System (PMS) in the state, clashed. 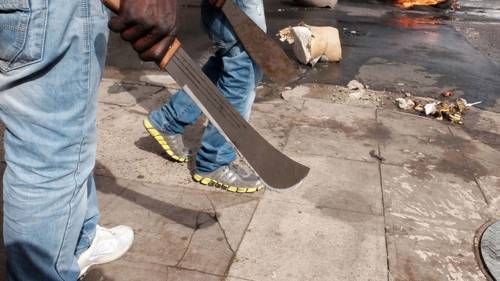 The deceased killed were identified as Transformer and Ishaja, but those were their nicknames.

The cause of the clash was unknown at the time of filing this report but our correspondent gathered that the area is generally known to be the base of cult members.

Newzandar News reports that there have been killing and robbery cases in Ibadan, the Oyo state capital, in recent time.

A source told Newzandar News that “they killed two people already. We have yet to know those behind the attack. The police have yet to get here,” he said.