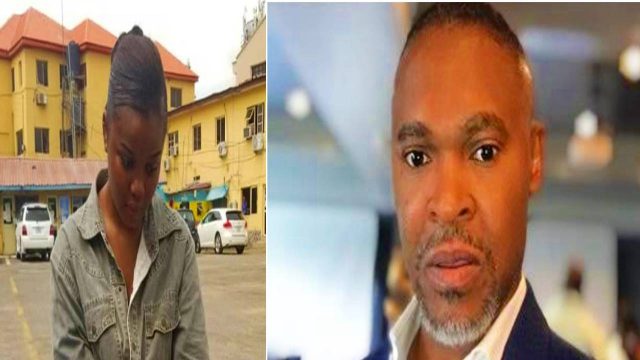 A 21-year-old undergraduate simply identified as Chidinma has been arrested by the Lagos state police command for the alleged murder of the Chief Executive Officer, Super TV, Usifo Ataga.

Reports had in the past week suggested that the Super TV CEO was stabbed to death in the Lekki area of the state by his alleged side chic.

The state Commissioner of Police, Hakeem Odumosu, confirming her arrest said Chidinma who is an undergraduate of the University of Lagos, confessed to committing the crime.

She was paraded at the police command headquarters in Ikeja on Thursday.

Meanwhile, the owner of the rented apartment where the murder took place has been arrested.

Odumosu added that Ataga’s account has also been blocked to prevent further withdrawals.