Many properties were also destroyed as angry youths believed to be supporters of former President Jacob Zuma protested his imprisonment. 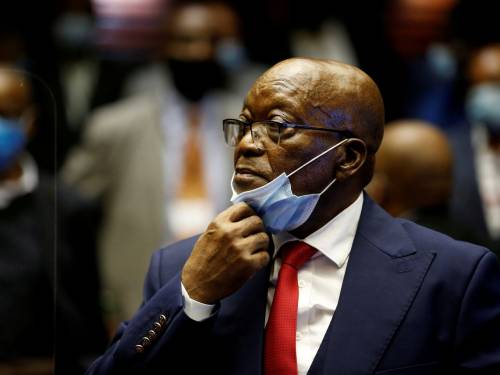 A Nigerian lawyer resident in Johannesburg, Austin Okeke told SaharaReporters that the protesters destroyed and looted properties belonging to Nigerians in the city.

He said many people could not go to the streets because there was tension and pandemonium caused by rioters.

The legal practitioner said the victims were begging the police to protect them from hoodlums that were ravaging the streets.

“Look at how Nigerians lose their lives and properties easily in South Africa every year. We are begging the police for assistance but none came,” he said.

“Also, Alexander is having mayhem currently. They are stoning and burning between Marlboro and London Road on N3.”

South African police on Saturday arrested 28 people and one of the country’s biggest highways remained closed over violent protests against the imprisonment of Zuma, Aljazeera reports.

Protests erupted last week in parts of KwaZulu-Natal (KZN), Zuma’s home province after the ex-leader handed himself over to police to serve a 15-month jail term for contempt of court.

On Friday, the high court dismissed Zuma’s application to have his arrest overturned in a case that has been seen as a test of the rule of law in the post-apartheid nation.

Zuma was given the jail term for defying an order from the constitutional court to give evidence at an inquiry investigating high-level corruption during his nine years in power.

He has denied that there was widespread corruption under his leadership but refused to cooperate with the inquiry that was set up in his final weeks in office.