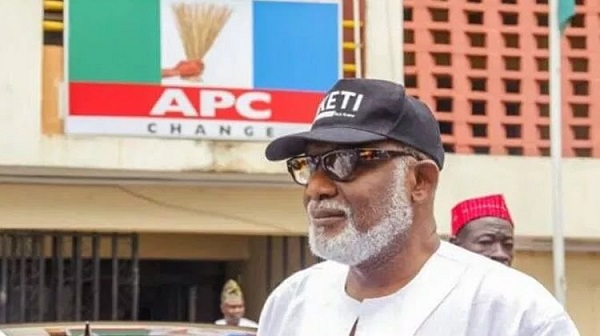 The Unity Forum, a group of All Progressives Congress (APC) governorship aspirants in Ondo State opposed to Governor Oluwarotimi Akeredolu’s return bid, has been unable to bring up a consensus candidate because of lack of support from party leaders outside the state, it was learnt at the weekend.

No fewer than 10 contenders from the group are warming up for the primary election, as efforts to endorse a consensus candidate to compete for the ticket with Governor Akeredolu, who is seeking a second term, have failed.

The Ondo State governorship election is slated for October.

The aspirants, a source said, have intensified their pressures on a former Osun State governor to intervene, following feelers that the APC National Leader, Asiwaju Bola Tinubu, may have decided to be neutral by not endorsing any aspirant.

An aspirant, who spoke with reporters at the weekend in Akure,  attributed the disagreement in the forum to neutrality of Asiwaju Tinubu.

He said: “From the beginning, the idea of the forum was not just without some external leadership and encouragement. But, as events unfolded, we observed that those leaders who encouraged us at the beginning began to withdraw support.

“We thought at the initial stage that we were going to get the backing of those who encouraged us, but here we are, almost stranded and seen as enemies of the governor.

“We have no regret at all; but our concern is that events leading to the primaries are not encouraging to us at all and we must move on with our plans to change the leadership of the state still on the same party platform.”

“That is the reason why we have reached out to the former governor is to work on the national leader to come to the rescue of the party by brokering peace for us to be able to arrive at one consensus candidate to go for the ticket.”

A source said the plan to draft the former governor into the mediation is to be able to enlist Tinubu’s support adding that it was decided at a meeting of the group in Lagos about two weeks ago with many Unity Forum members in attendance.

Mr. Bola Ilori, Ondo-born former commissioner in Osun State, has also been linked of recent to the activities of the Forum.

Ilori was the Director-General of the Olusola Oke Governorship Campaign Organisation on the platform of the Alliance for Democracy (AD) in the 2016 governorship election.

Oke’s defected from the APC in protest after Akeredolu ‘s emergence as candidate.

Last week, Ilori castigated Akeredolu for dragging the name of the APC national leader into the Ondo APC crisis.

But Ondo State Commissioner for Information and Orientation, Mr. Donald Ojogo, condemned the statement attributed to Ilori, saying: “We are aware of the unfounded statement made by Bola Ilori.

It is highly unfortunate. For the records, Mr Governor has neither made any political statement lately nor has he spoken about our national leader.

They are crisis entrepreneurs who want to create conflict, but we won’t join issues with them because we know their tricks.

“We are busy here battling COVID-19; for those whose focus is on their ambitions, we can only wish them well. We are aware of all their plans, but they should also know that their ambitions can only be noticed if we have a COVID-19 free state; that is exactly what the government of Ondo state has been doing.”

Actress, Iyabo Ojo has taken to her Instagram page to share three generation photos which included cute snaps of her mother and her two teenage children, to celebrate her mum. Sharing the beautiful photos, the [Read more…]

Popular Nigerian Disc Jockey and billionaire heiress, DJ Cuppy has chosen to secure the bag rather than gain the weight this summer season. In a recent post on her Insta stories, the Apple Radio host [Read more…]

Delectable Ghanaian actress, entrepreneur, and musician, Shatta Michy has thrown some light on her past relationship with her baby daddy, Shatta Wale. Speaking in an interview with actress Emelia Brobbey on her Okukuseku Show, the [Read more…]